Reliability troubles in pre-season testing forced McLaren to alter its upgrade schedule, and Boullier described the car that has been used so far in the 2018 F1 season as an evolution of last year's Honda-powered design.

While the Renault-engined MCL33 has proved strong in races, it has lacked qualifying pace and straightline performance.

"The 2018 car is coming to Barcelona, and obviously we hope that's the car we expect it to be," Boullier told Autosport.

"The car we have now, is as per plan, it's not that we missed the targets with it.

"But we missed the schedule targets with it, which means the car we'll have in Barcelona should have been in Australia.

"So we are running actually with an evolution of last year, and not the new car. And this car hopefully will be the one that we expect."

Boullier admitted that having to contest the first four races with such an obvious restriction had been frustrating for McLaren.

"Yes, but this is what it is. We knew this, and we just have to take the best we can," he said. 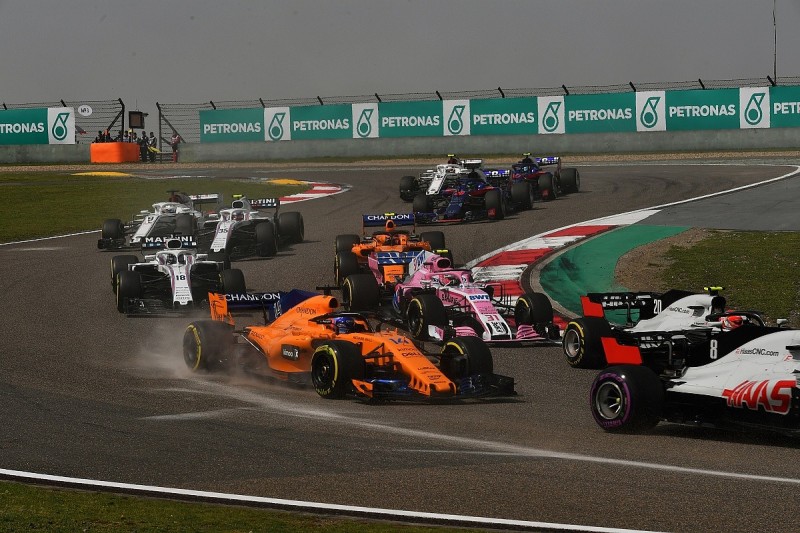 "So far we have been opportunistic, and we took the opportunities we've had with both drivers to take as many points as we could.

"It's just frustrating to see that we have such performance or pace in the race, and we are unable to unlock yet that performance in qualifying."

Asked if he was excited by what data suggested about the new package, Boullier replied: "No expectations, no need. I've been long enough in F1 to know you just celebrate when you're on the podium, or on top of the podium."

Despite McLaren having yet to make Q3 in 2018, it has scored in all three races and is fourth in the constructors' championship.

Fernando Alonso came from 13th on the grid to seventh in last weekend's Chinese GP in a drive capped by a spectacular late pass on the struggling Sebastian Vettel's Ferrari.

"He did a very good race, and once again we took all the opportunities possible to be good," Boullier said of Alonso.

"The safety car was bad news for us, because we had just pitted, but in some way the opportunities came up in front of us - and we took them."