Jenson Button thinks he stayed in Formula 1 a year too long, and consequently fell out of love with motorsport

But his recent Suzuka 1000km Super GT outing has rekindled his enthusiasm and made him determined to return to full-time competition in 2018.

Button said a year away from F1, Monaco one-off aside, had been "lovely, and it has been necessary as well" as he could "sit down and have a little chat to myself".

While he admitted that driving the "monster" 2017 cars at Suzuka "must be pretty special", he had no regrets about stepping out of the cockpit.

"Do I miss F1? No," said Button on a visit to the F1 paddock in Japan with McLaren.

"I miss racing. I've sort of fallen out of love a little bit with motorsport.

"I think that maybe I left it a year too long racing in F1."

Though his Suzuka 1000km appearance was blighted by punctures and penalties, Button said he "absolutely loved it" and had been inspired to get back to racing.

"As soon as we finished, I wanted to get back in the car and do it all again," he said.

"It has been a while since I've had that feeling.

"Next year I will be racing something. I don't know what yet, whether it will be in America, or Europe, or Japan.

"There are a few options and I want to do a full season and take it properly seriously."

Asked what other series appealed to him, Button highlighted the "growing" IMSA SportsCar Championship - provided he could get a drive in the top class. 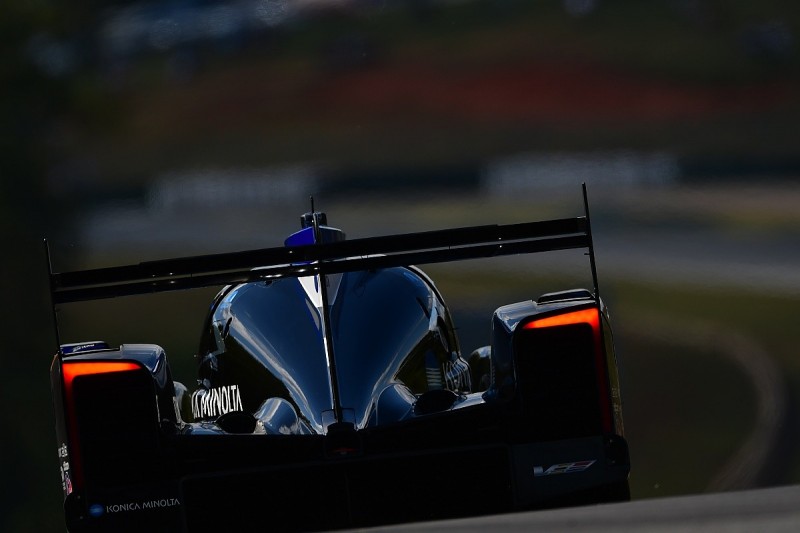 "The GT category is great but I'm not sure I can be in a car being overtaken by DP cars. That's something I can't get my head around," he said.

"I'd love to do Le Mans at some point, but I'm not sure it's the right time to jump in and do it.

"I think the LMP2 category is awesome, there are so many teams, it has a lot of talented drivers but you have P1. I can't get my head around racing a car that is 20 seconds slower than something else."

Button was adamant he had "no interest" in either IndyCar or Formula E.

"There are some great drivers racing in IndyCar, but it scares the shit out of me," he said.

"But I wouldn't touch that. I don't feel it's necessary at this point in my career.

"Formula E, it definitely has its place.

"I think it's great for manufacturers, the technology that is being used, it's going to keep growing, but again, it's not something that excites me.

"I want to drive something that has 600+ horsepower. It's what I grew up with."