McLaren racing director Eric Boullier says the Formula 1 team cannot afford to ease off in developing its chassis, even while lacking the engine power to properly compete

Honda is working to produce an upgraded power unit, after its disappointing start to 2017, as McLaren pursues an aggressive development programme, including trying several different rear wings during last week's Bahrain test.

While McLaren knows it has little hope of overcoming its horsepower deficit, Boullier says the worst thing it can do is sit back and wait until Honda gets its house in order.

Boullier said development was important "first of all because racing is in our DNA, but second because if we just give up then everything collapses.

"So we can't collapse.

"We are responsible for the chassis performance, so we have to make sure that we have a good chassis and that we develop it.

"Plus we need to prepare also the coming years because there will be at least two or three years of stability in the regulations.

"So all this platform we are building now for the future.

"We are professional and racing, and you can't just stop racing because one of your components doesn't work."

Honda's F1 chief Yusuke Hasegawa returned to Japan immediately after the Bahrain Grand Prix to oversee progress of its engine developments on the company's dynos. 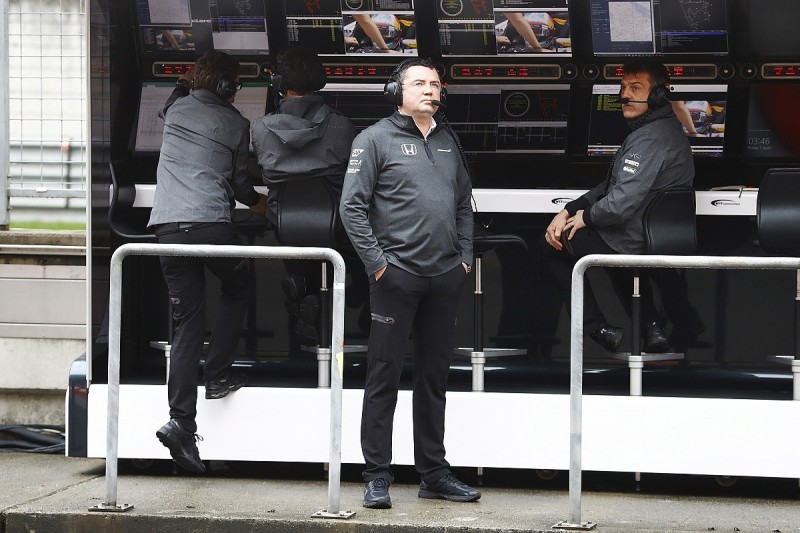 And although changes may not appear for several races, Boullier added Honda was aware that things had to change quickly.

"If they were relaxed something would be wrong," he said.

"They are very conscious about what's going on, I think.

"The concerns are the same that we may have in Europe, even if the culture is different.

"It's racing questions: how to do it and how to get faster?

"They have tried many things. They are working very hard, but you just have to find the key to unlock the potential of this.

"They need to work on dynos to break through from this lack of performance."