With clear differences of opinions between teams and F1 chiefs about the vision for grand prix racing from 2021, McLaren executive director Zak Brown thinks the time has come for the FIA to help push things along, and avert the possibility of Ferrari or Mercedes chasing a future away from F1.

"This year is a very important year," said Brown during pre-season testing at Barcelona in Spain.

"Along with the FIA, there is a lot of conversation that Liberty [F1's owner] needs to do.

"The FIA is their partner in the future of F1, and we need to quickly see them put on the table [the plans for the future].

"I agree with [Ferrari president] Sergio Marchionne, who is vocal at this time: we need to see the vision put on paper to the teams."

Although F1 is committed to its current rules packages until the end of 2020, Brown thinks discussions about what happens after that date cannot drag on beyond this year.

"We as McLaren need to have - as does any business - a five or 10-year business plan," he said.

"2021 is around the corner and the teams agree with the strategic direction of the conversation of getting costs under control, and getting a more balanced engine. 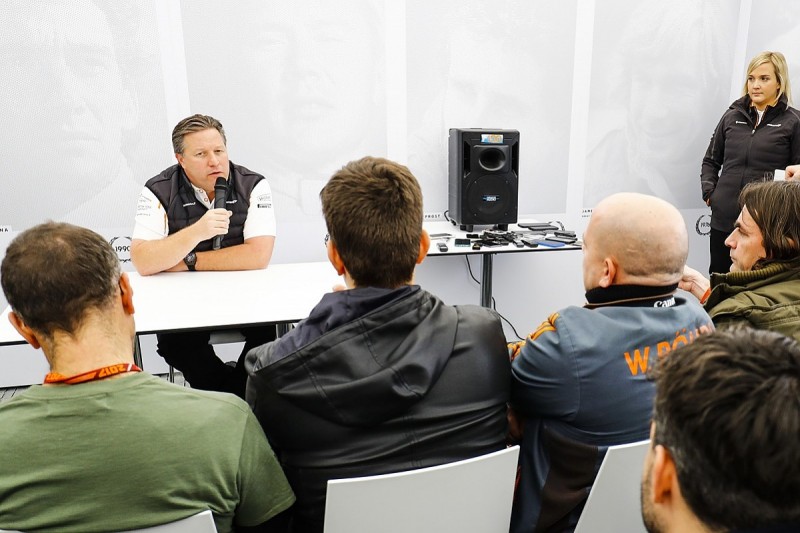 "We also want to continue to be leading edge technology in motorsport.

"In the first half of the year we need to have 2021 locked down, because the big teams, such as ourselves are going to need to adapt to these potential new rules and that takes time.

"We are very keen to see their vision put on paper and put in front of us and that needs to happen very quickly."

Brown said there had been little progress in moving forward the 2021 engine rules since a controversial meeting in November, which left Mercedes, Renault and Ferrari unhapppy about what was being planned.

"We need to know what we are doing on engines kind of now," added Brown.

"The FIA has put out the regulations, but I don't think there has been closure on that.

"The FIA needs to move to bring clarity to that so everyone can react accordingly.

"In my conversations with Sergio and Toto [Wolff, Mercedes boss], there is a lot of alignment and agreement on the future direction of the sport.

"There may be some differences of opinions about how you land on those conclusions, but we need to see something definitely put on the table to give us something all to react to."