Dennis has stepped down from his roles as chairman and chief executive officer of the McLaren Technology Group, with fellow shareholders Mansour Ojjeh and Bahrain sovereign wealth fund Mumtalakat placing him on gardening leave.

The moves follow a two-year behind-the-scenes battle for control of the organisation.

McLaren issued a statement on Tuesday night recognising Dennis's achievements during his time with the team, but insisting it is now appropriate for the company to be given new leadership and direction.

"As of this afternoon Ron Dennis no longer holds the position of chief executive officer of McLaren Technology Group (or its subsidiaries)," the statement read.

"However, he remains a shareholder and a director of the McLaren Technology Group.

"Over the past 35 years Ron's contribution to the success of McLaren has been colossal.

"During his tenure the team won 17 world championships and 158 grands prix, making him the most successful leader in Formula 1 history.

"Like the company's founder, Bruce McLaren, Ron is, and always will be, one of the true greats of the sport." 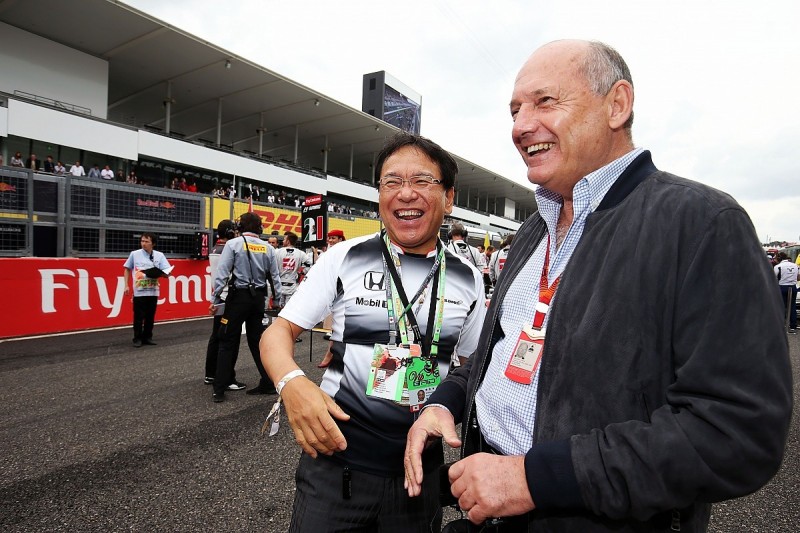 McLaren said the process of finding a replacement for Dennis in the CEO role had begun.

"McLaren Technology Group is now in the process of seeking a new chief executive officer," the statement added.

"Until such an appointment has been made the company will be run on an interim basis by an executive committee comprising the group's majority shareholders."

McLaren said the decision will be made "in close collaboration with the board of directors and senior management team, all of whom remain utterly committed to the company, its partners, its employees and its fans, and share a passionate determination to build on our many strengths towards future prosperity".

Ron Dennis steps down from role at the head of McLaren