Michael has dealt with a similar situation at McLaren this year, with Sergio Perez moving from Sauber after two seasons in Formula 1 to partner former world champion Jenson Button in place of 2008 title-winner Lewis Hamilton.

Perez has scored 18 points compared to Button's 47 so far during a difficult season for McLaren but Michael insists it is vital for top teams to accept it will take time for new arrivals to hit top form.

"They are very big shoes to stop into as Mark is a top operator and Daniel is going to be driving next to a great driver in Sebastian Vettel," said Michael when asked by AUTOSPORT about the situation during a Vodafone phone-in ahead of the Italian Grand Prix.

"If he came in and performed right to Sebastian's level straight away then I think that would be quite amazing, Red Bull know that better than anyone.

"It's a big job for Daniel to step up and I'm sure he can do it.

"It's up to Red Bull to guide him and make sure that they nurture him and give him the feedback and support."

'SURVIVAL OF THE FITTEST'

But Michael believes that Ricciardo also needs to push to establish himself as quickly as possible. 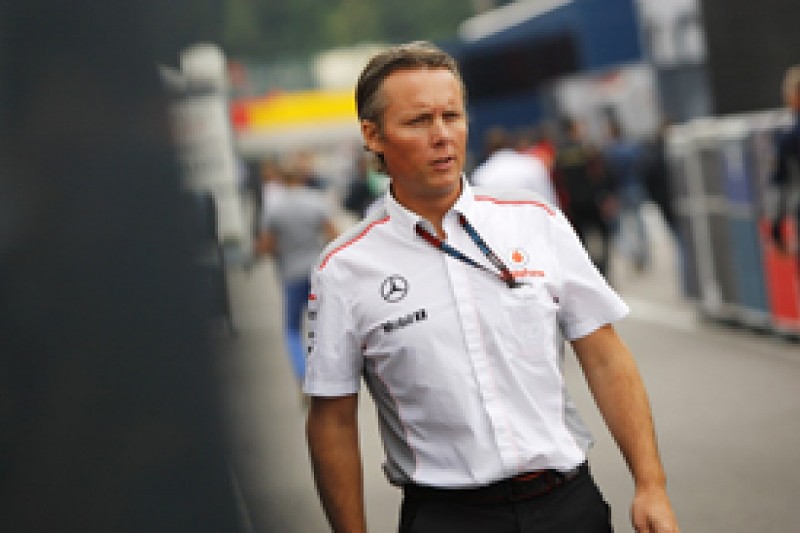 This is despite the situation being made doubly challenging by how well established Vettel is at Red Bull.

"Ultimately, it's grand prix racing so it's survival of the fittest," he said.

"He will be in there to prove himself as quickly as possible."

"Congratulations to Daniel for getting that job," he said.

"He has obviously done all the hard graft to get to where he is now so it's fantastic for him and also Western Australia, where he came from."