McLaren team principal Andreas Seidl has welcomed a successful conclusion to the 2021 Formula 1 cost cap process, but says that Red Bull's penalty was not harsh enough.

On Friday, the FIA confirmed that Red Bull had been fined $7m and docked 10% of its aero testing for the next 12 months, while Aston Martin was fined $450,000 for a procedural breach.

Seidl stressed that it was encouraging to see that the FIA's process worked effectively, but he questioned the size of the penalties, and urged that future sanctions should be harsher.

“It's mixed feelings to be honest,” he told Autosport. “I think on the positive side, it's actually good that we have confirmation that the audit process the FIA has done with all the teams has been done in a very thorough and diligent way.

“And which in the end, also confirmed that one team was in breach. It's positive as well, that actually a penalty has been applied, which hopefully, is in the end, good for the sport we're in, because it hopefully discourages teams in the future to go in the red zone, independent of if it's financial, sporting or technical regulations.

“But of course, from our point of view, if you look at the penalty, it just doesn't fit the breach. So it's not harsh enough. And we obviously hope that moving forward for similar breaches, the penalties are a lot harsher."

Asked about the impact of the aero reduction he said: "Of course, 10% makes a difference on the development side. But again, if you compare it with the breach, it just doesn't fit the breach.”

Seidl also downplayed Horner’s explanations of why Red Bull went over the cap, although he insisted that he hadn’t watched the Red Bull boss’s press conference.

"I didn't watch it,” he said. “I didn't like fairy tales as a kid. That's why I wasn't interested to listen to Christian’s press conference today!

"I think, as the findings of the FIA have confirmed for all 10 teams, in the end it's a confirmation that the budget cap works.

“Nine teams managed to stay within the cap, and as far as I understand also managed to get close to the cap, which was the idea of the introduction of the budget cap.

“And therefore I guess, from my point of view, it will be completely wrong to blame room for interpretations or whatever what happened there."

McLaren CEO Zak Brown, who became embroiled in a war of words with Horner after writing a letter to the FIA calling for a strong punishment for Red Bull, echoed Seidl’s sentiments. 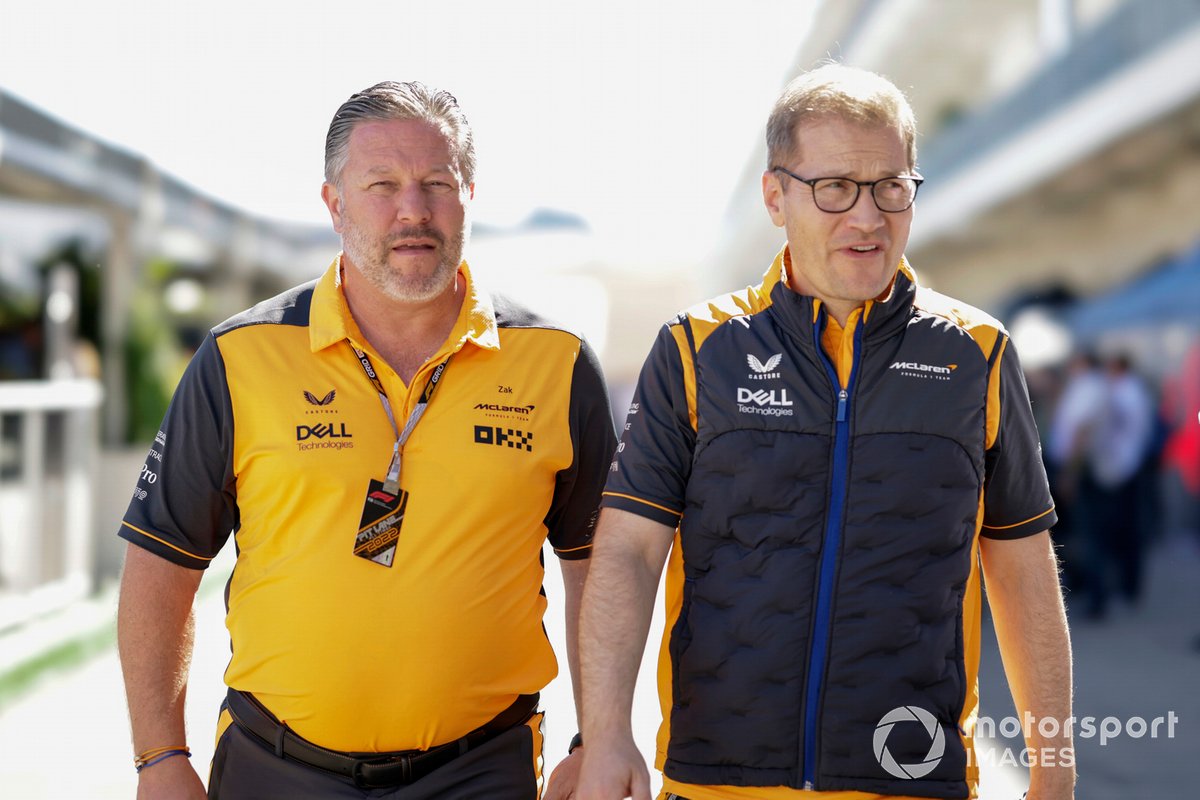 “I’m pleased the truth is out there now and it is the result is as we expected,” said the American. “There was a breach of the cost cap by one team, with the other nine operating in line with the rules.

“It is therefore only right that punitive action is taken. If the FIA is to be most effective and its punishments serve as a lesson to others when rules are broken in this way, the sanctions have to be much stronger in the future.

‘We hope that the lessons learned through this process will now mean all teams have a clear understanding of the rules in order to avoid any future breaches.

"While we are pleased to see them act, we would hope the FIA take stronger action in future against those that wilfully break the rules.”

Haas principal Guenther Steiner agreed that neither the fine nor the aero testing penalty were strong enough.

"The money doesn't mean anything to the other teams, it's good for the FIA to get money!” he told Autosport.

“The 10% wind tunnel cut doesn't mean a lot, because there is not a real penalty. Yeah, you do less wind tunnel, but you can do something else. It's as simple as this.

"What they need to do is giving a penalty in money, a reduction of the budget cap basically, in dollars, that would make much more sense than 10% wind tunnel.

Steiner agreed that the late timing of the decision wasn’t helpful for any team: “That's the next problem. We need to have these things before. I mean, we cannot wait until September, we need to have them in June.”

Alfa Romeo team principal Fred Vasseur cautioned that the Red Bull penalty might urge others to gamble on going over the cap.

“It's quite a small penalty on the sporting side from my point of view,” he said.

“And we have to be sure that these won't encourage teams to overspend in the future, because everybody will do his own calculation to know if it makes sense to spend X millions more one year and to have a 10% less wind tunnel allocation.

“I'm not in this case and it's not an issue for me. And I don't have the choice, but I'm putting myself in their position."

Regarding Horner’s emphasis on conflicting interpretations of the rules he said: "You don't have to underestimate also the fact that it was difficult, it was a challenge. However, we were allowed to ask questions. We all asked I think something like couple of thousand questions altogether.”

How becoming an F1 manufacturer elevated Tyrrell to new heights