The Woking-based outfit is coming off the back of an impressive third place in the constructors' championship this year, having finished best of the rest behind Mercedes and Red Bull.

Although it would relish the chance to do even better in 2021, team principal Andreas Seidl says he is staying realistic about its prospects.

The team has long been open that it needs a new windtunnel, simulation and simulator facilities if it is going to be able to properly match teams like Mercedes.

And, until those facilities are ready, Seidl says McLaren cannot hope for a dramatic change in its fortunes - especially amid a predicted tight fight for third place in 2021.

"I think it will be a battle again next year, probably between four or five teams," he explained. "For this P3 to P7 fight, it will be similar to what we have seen this year.

"So we need to stay realistic about what is possible.

"On our side, we still have these big restrictions on an outdated infrastructure, where it will take three years until we have all the updates in place.

"And then it takes time also to get this infrastructure actually to a place where you see the benefits from it. 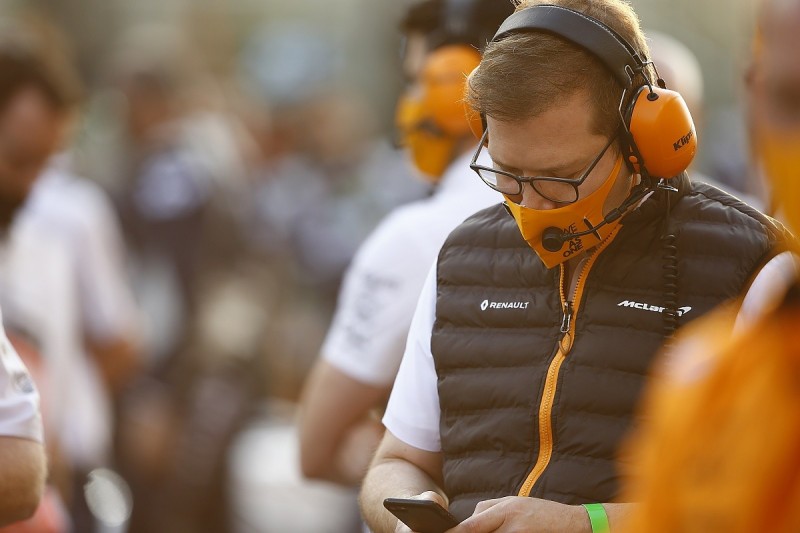 "Until then, we simply have restrictions. But nevertheless, there's still more potential in the team already, and that's what we try to lift or explore for next year."

Seidl is clear that McLaren's new £185 million investment deal with an American consortium, which was announced earlier this month, at least guarantees that McLaren is able to get on and get its infrastructure sorted.

"It ensures us that, going ahead, we have all the resources that we need in order to run on a level playing field in terms of budget with the big teams," he said.

"It means we can put our infrastructure updates in place, which we started last year, and which is obviously key for our competitiveness, as well as in the future.

"Now we simply need time to keep working on our plan. It is also important not to get carried away with the results from this year. We still have a long way to go."

Seidl says one of the big things he takes away from the 2020 F1 season was the way the team personnel came together to deliver its best season in years, against the backdrop of financial difficulties and the coronavirus pandemic.

"I'm very proud to be part of the McLaren F1 team today and I think every single member of the team can be very proud of what we have achieved this year," he added.

"It was quite challenging with the pandemic kicking in. We lost a lot during this period, but with the great talent we have in the team, and with commitment everyone has shown, it's something I'm very happy with.

"It was very encouraging to see, and shows that we are heading in the right direction and that we can also make the next steps as a team in the coming years."