Norris took his second F1 podium with McLaren after battling from seventh on the grid to third, holding off Ferrari's Charles Leclerc behind F1's leading duo Max Verstappen and Lewis Hamilton.

Norris benefited from Sergio Perez' spin behind the safety car and McLaren team orders to release him past team-mate Daniel Ricciardo.

But Norris backed up fourth place in Bahrain's season opener by finishing either second or third on pace in every qualifying session over the weekend, although he lost his third grid spot due to a track limits violation on his best Q3 lap.

When asked if Norris earned his podium on pace, team principal Seidl said "I definitely would say so, that it is a deserved podium today."

"If you look at the two guys that have been in front of us, they are the reference in this sport together with their teams at the moment.

"Therefore, it is obviously very, very good to finish in P3.

"It's important also to not again get carried away now with this result, if you look at how quickly Max could drive away in this last stint, then you see that we still have a lot of work to do." 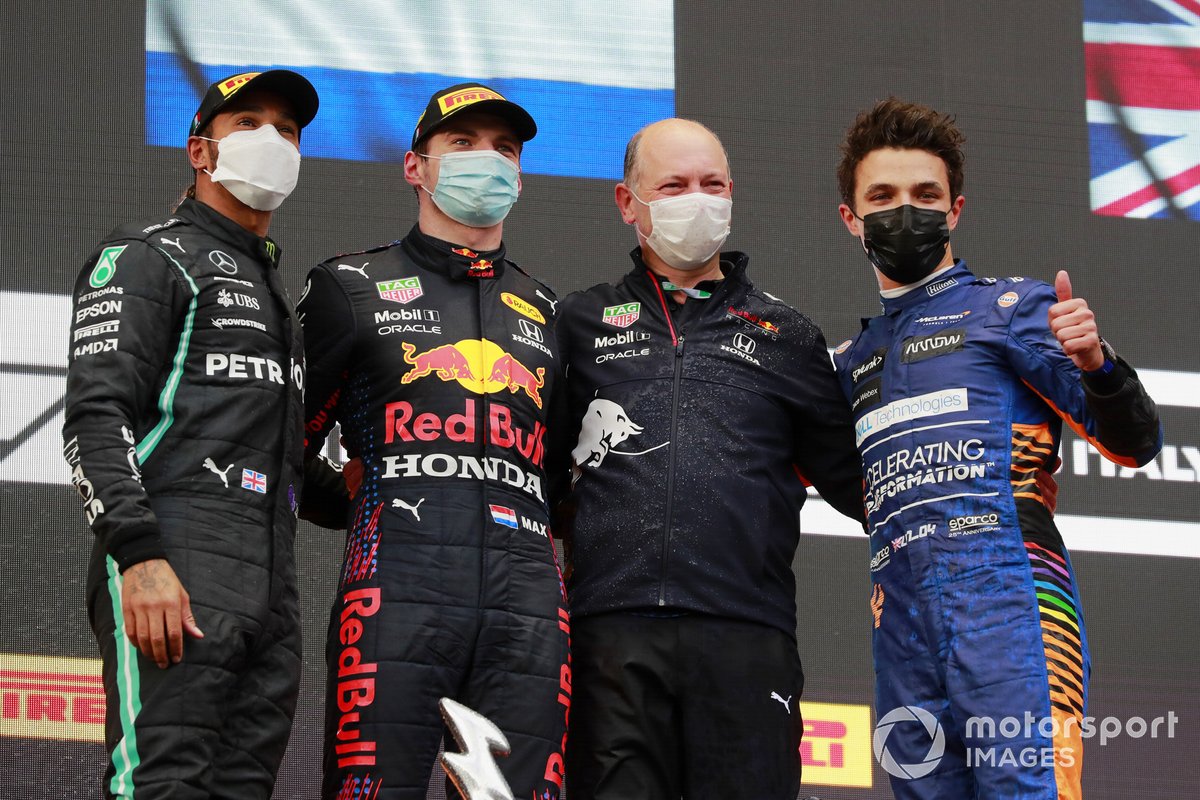 Seidl, who had backed a self-critical Norris to bounce back after his qualifying error, said he was "obviously very, very happy with what I've seen so far from Lando this year", while also praising Ricciardo for a solid run to sixth despite still adapting to his new car.

"What was obviously very encouraging to see as well is how Lando is flying at the moment," the German explained.

"So two race weekends now in a row where he showed that he definitely made the next step as a drive, so I'm very happy with that.

"I'm also happy with how Daniel was battling it through today. It was not an easy race for him because he didn't feel that comfortable in the car compared to Lando.

"We have seen today in these tricky conditions that a lot of people got it wrong and went off by trying to do too much.

"Daniel drove in my opinion a great race and still scoring despite the struggles he is still having with our car at the moment, scoring a very important P6 for us. So yeah, very happy that.

"Overall, it was simply very encouraging to see yesterday in qualifying and today in the race that confirmation again that the entire team together with our colleagues from Mercedes over the winter did a great job."