As he welcomed the end of a campaign where McLaren failed to take a podium finish for the first time since 1980, Whitmarsh made it clear that the team had everything in place to stage a recovery next year.

"It has been a long season and it seemed longer than I have ever known a season," he said. "Now I am excited about the future and that is a nice thing.

"With the big rule change coming for 2014, it really is a clean sheet here.

"There are no excuses for next year."

The biggest uncertainty that teams face under the new regulations, however, is how competitive the engines of Mercedes, Renault and Ferrari will be.

Paddock speculation suggests Mercedes will have the advantage in terms of power and weight, but Whitmarsh knows that the only proof of that will come during testing next year.

"Will we have a competitive power train? I don't know," he said.

"There are lots of people who appear to be very knowledgeable down the pit lane, and I don't know what data they have got to know that.

"But having said that, what I know in terms of level of resource and type of organisation, I think they will have done a competent job and have applied the level of resources you would want on it.

"I suspect we will be competitive." 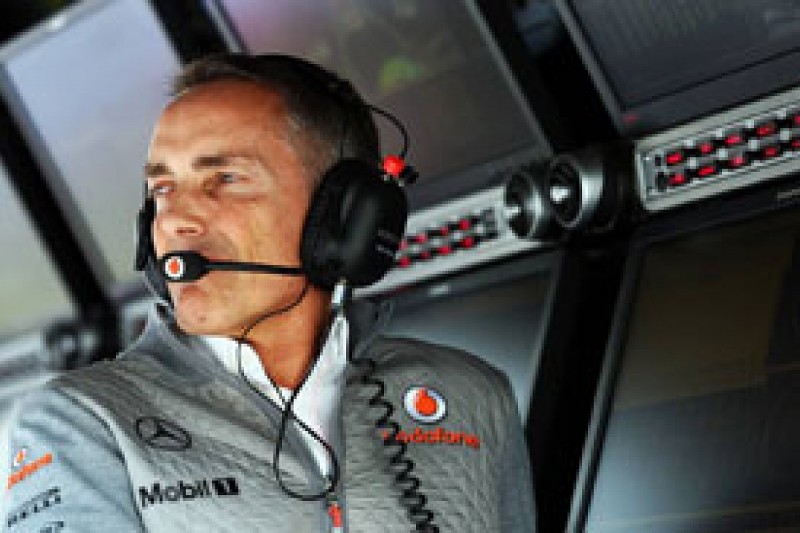 Whitmarsh said there were already encouraging signs about a performance lift from his team at the end of this year, even though it still did not achieve enough.

"I think the last four or five races we have flattered to deceive as it were," he said.

"I have sensed we did make progress.

"We were racing Ferrari and Lotus and Mercedes, but we didn't quite nail it.

"You can see we had similar pace, which is ironic given that the car hasn't touched the wind tunnel for about four months and we were not doing anything [to improve it]."