McLaren keeping Button in F1 would be 'a good thing' - Alonso

McLaren has an option on the 2009 world champion for next year, and although the team intends to keep him, according to its racing director Eric Boullier, Stoffel Vandoorne and Kevin Magnussen are pushing for the seat alongside Alonso.

Alonso feels he has enjoyed a strong working relationship with Button, and would feel positive if it continued into next year.

"Jenson has been quite good all season," said Alonso. "We've been working together very closely to help the team.

"The experience Jenson has, it been very, very important for the upgrades we have brought to the car, in terms of the power unit and aerodynamics.

"So if Jenson stays I think it's a good thing for the team.

"If they decide they need to change something there will be some advantages and some disadvantages for the team, I guess.

"The only thing I can say, the only thing I know for sure is working with Jenson has been very, very productive for the team and for myself, learning a lot of things.

"Working with the other guys, I cannot tell much.

"But they will make the decision they think is the best for the team and hopefully they do it before Christmas time."

Button had to wait until December last year for McLaren to confirm him alongside Alonso for 2015, and he said after Sunday's Italian Grand Prix he hoped for a decision "either way" in "the next few weeks". 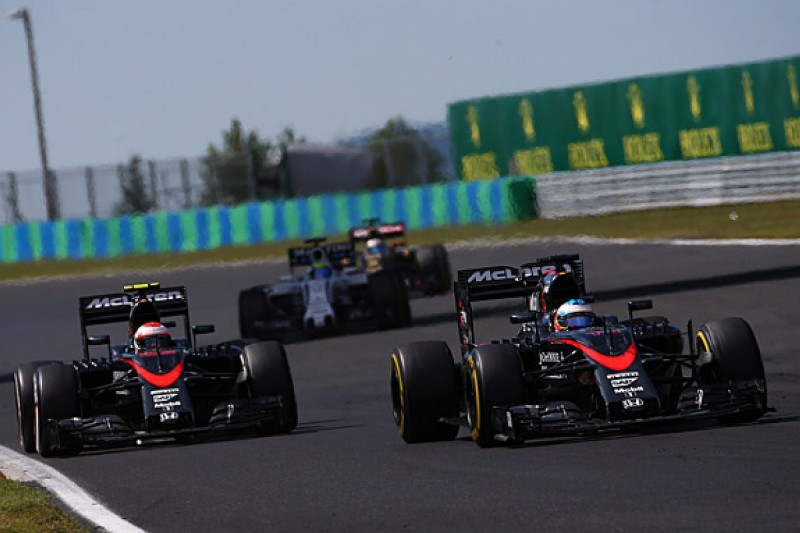 Why Red Bull could get year-old Ferrari engines