Amid uncertainty about Fernando Alonso's long-term future at McLaren, there had been suggestions that Norris could be a contender for a surprise F1 call up or be placed elsewhere on the grid for a learning season.

But McLaren executive director Zak Brown has moved to dispel any talk that Norris is in the frame for any F1 drive in 2018, as he said the plan is to put him in Formula 2 next year rather than "rushing" him.

"No [F1] team has made a request," said Brown about speculation linking Norris with a step up to F1.

"Our current plan is to put him in Formula 2.

"I certainly think he's fast enough to be in Formula 1, but you also need to make sure not to rush things and give him enough experience.

"He's definitely our star of the future and I don't think we'd put him in another Formula 1 team at this point."

While McLaren will help fund Norris's F2 assault - which could be with the championship-leading Prema team - in 2018, it does not yet know what it will do with its other youngster Nyck de Vries.

"He's doing a lot of simulator work for us and doing extremely well," Brown said of de Vries, who is currently in F2 with Racing Engineering.

"We've not taken a decision yet on our junior programme for next year.

"We've obviously got Lando signed up. Nyck currently, but that's something Eric [Boullier] is working on.

"We've got some meetings coming up this month and then it's really for Eric to say the direction of the junior programme." 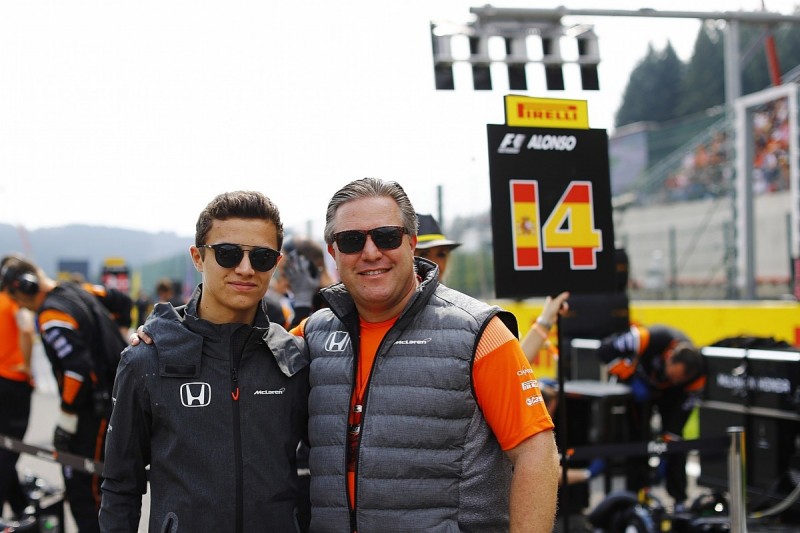