McLaren-Honda is already seeing a "massive difference" in its Formula 1 performance across the first month of the season, says the team's racing director Eric Boullier

Although the revived partnership has yet to score a point or get beyond Q1 in a qualifying session, and only has one finish to its name so far from Jenson Button's 11th place in the Australian Grand Prix, Boullier is encouraged by the level of progress since McLaren's troubled winter testing programme.

McLaren and Honda languished at the foot of the mileage charts after the 12 days of testing, having achieved substantially less running than all bar the delayed 2015 Force India.

But after trailing the field on pace in Australia, McLaren was at least able to battle with other cars in Malaysia before engine problems caused Button and Fernando Alonso to retire.

"We're not in the points, yeah we're in front of the Force India but that's not where we want to be," Boullier told AUTOSPORT.

"Today we are not measuring the absolute performance yet - that is when you start to fight for a pole and win - but we are measuring the relative one compared with Barcelona testing and Australia, and it was a massive difference.

"Both drivers were happy actually with the car balance and driveability which is very important, but we have to keep going like this." 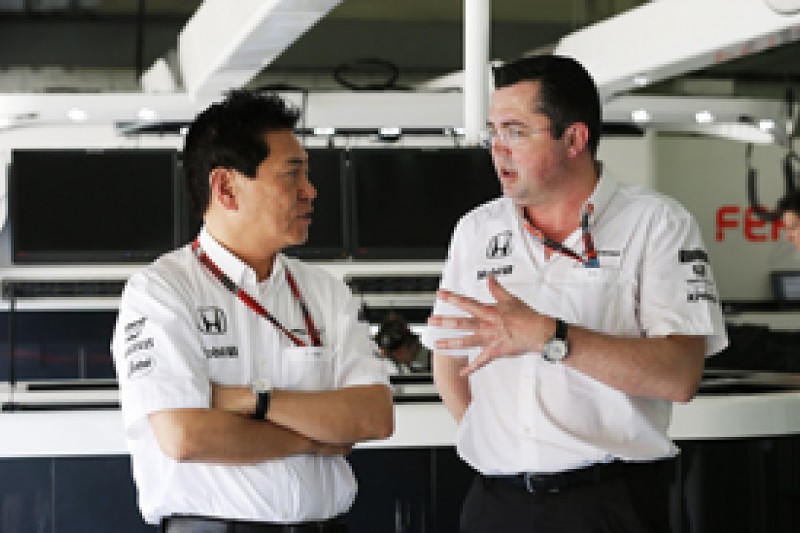 Honda had to detune its engine to ensure reliability in Australia and then had problems on both cars in Malaysia. Boullier agreed there was still work to be done in this area.

"It's definitely improved but we need to go another step," he said of reliability.

"Obviously the ancillaries can be reliability developed on a dyno, and obviously we missed mileage in testing so we have to fix little things."

While Button acknowledged that the scale of McLaren's deficit coming into the season meant wins were still a long way away, he said the rate of progress had been hugely reassuring.

"There is still a long way to go as there's not so much you can do in two weeks, but what we have done is exceptional," he said.

"The whole team should be proud of how they have stayed together and stayed positive, as it is not easy for any of us, but it's good to see the progress."