McLaren hits back at Alpine’s Piastri lack of integrity claim

McLaren chief Zak Brown has hit back at Otmar Szafnauer’s claim that Oscar Piastri has shown a lack of integrity in the ongoing Formula 1 contract saga.

Reigning F2 champion Piastri finds himself at the centre of a dispute over his future. Alpine claims it has a contract in place for him to race in F1 next year, but Piastri has denied signing a deal and said he will not drive for the team in 2023 as McLaren lines him up to replace Daniel Ricciardo.

Piastri’s possible exit has been met dimly by Alpine F1 team principal Szafnauer, who said in an interview on Friday at Spa that he wished the young Australian "had a bit more integrity” after Alpine supported his junior career.

Szafnauer’s comments were put to McLaren Racing CEO Brown, who hit back by questioning if Szafnauer was in a position to make such a comment.

“Ultimately I don’t know any of the details between that relationship, so I think it would be unfair for me to take a position either way because I simply don’t know,” Brown said in an interview on Sky Sports.

“But judging by recent times, the way Fernando [Alonso] has departed and caught Otmar by surprise, and not too long ago he is the recipient of a €400,000 fine and 15 points [fined], I’m not sure he comes with the highest level of credibility and making accusations around ethics.”

Brown was referring to the brake duct saga that embroiled Szafnauer’s Racing Point team at the start of the 2020 season, when the team was found to have used an illegal design process. It resulted in a 15-point constructors’ championship penalty and a €400,000 fine from the FIA. 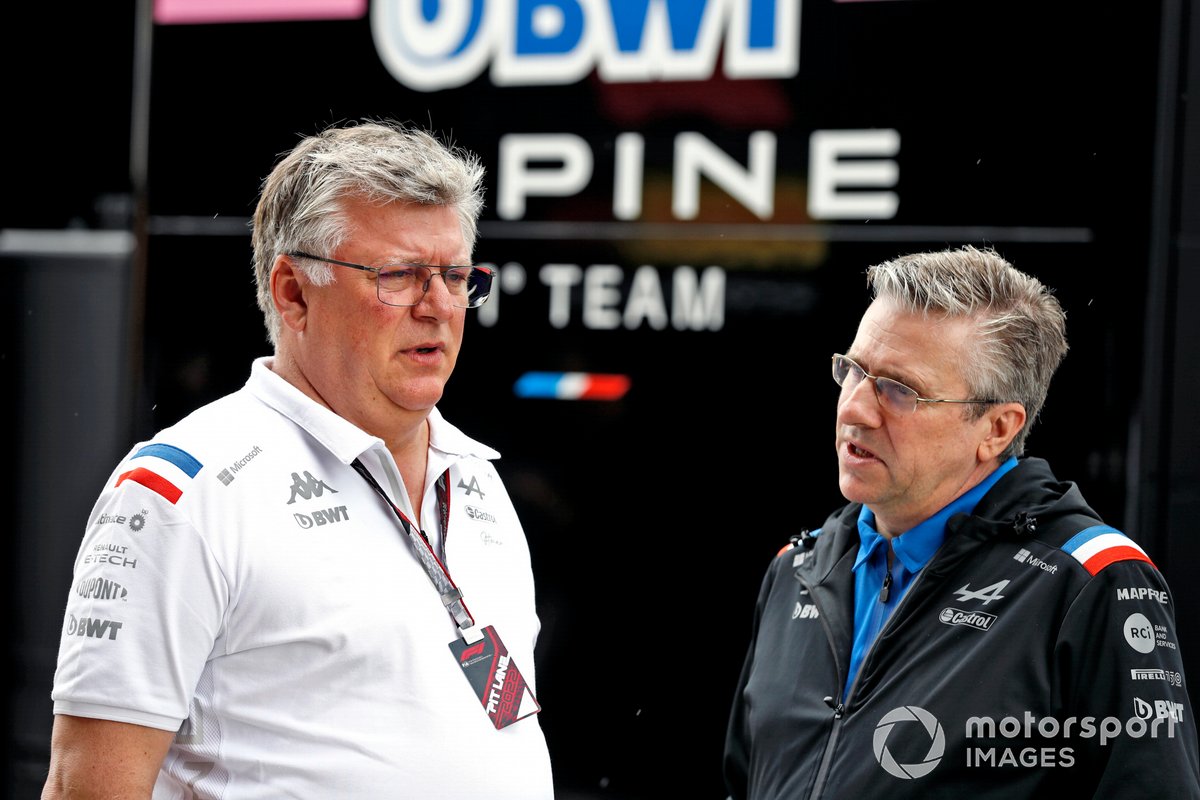 Outgoing Alpine driver Alonso also revealed on Thursday at Spa that Szafnauer had no involvement in talks over a new contract and was therefore not informed of his move to Aston Martin until the public press release was issued.

It is not the first time Szafnauer and Brown have been engaged in a war of words. Amid the brake duct saga in 2020, Szafnauer claimed Brown had “no idea what he's talking about" and “knows more about historic racing than he does about F1".

F1’s Contract Recognition Board is set to make a decision on the case between Alpine and Piastri on Monday.