Formula 1’s new car rules may have helped deliver some spectacular action at the British Grand Prix, but there is one area that has room for improvement reckons McLaren.

The new ground effect machinery is allowing cars to follow each other closer, and opens the possibility for more overtaking, but some of the midfield battles have been stalled thanks to the creation of DRS trains.

If a car at the front of the pack has enough speed in the right parts of the track to hold off its pursuer, then it can lead to a boring stalemate as cars bunch up behind and are left powerless to do anything.

The question of DRS trains is an issue that has been discussed among teams, and something McLaren team principal Andreas Seidl believes should be revisited.

“I think that's it's a topic that we touched on in some discussions from time to time already,” explained Seidl. “And that's probably something we need to look again into with the other teams, with the FIA and F1.

“With the regulations as we have put them in place now for this year, we definitely have seen that the cars, when they are fighting each other, it's a lot better now to follow closer to each other without killing the tyre straightaway.

“The problem that is still left from the past, I will say, is this topic of the DRS trains.

“Depending on how this train is looking like, and which car is at the front, and if that is a car that actually can hold everyone else back, that can lead to some boring scenarios in the middle of the pack.

“I think that's something we might still have to look in to, to see what we could do there, because I think we have seen that several times already this year.” 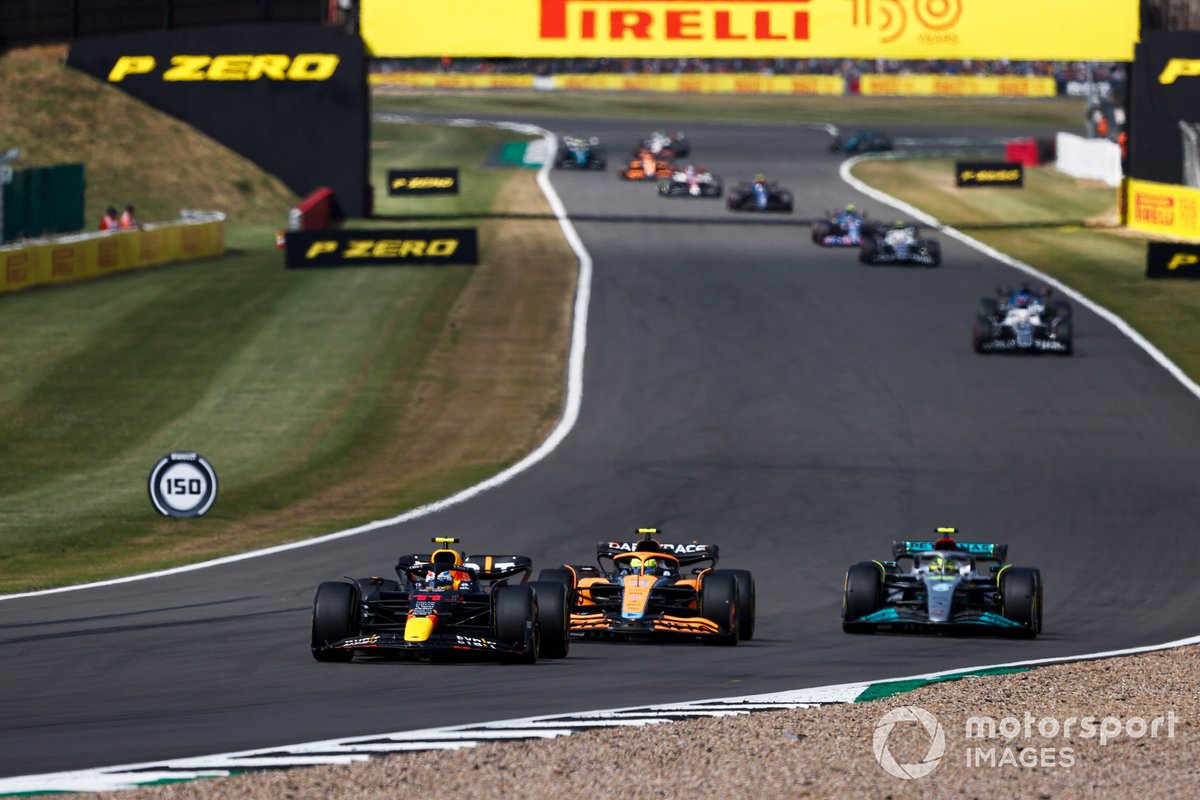 Although there is room for improvement, F1 drivers were left raving last weekend over the raceability of the cars in the British Grand Prix.

Lewis Hamilton said: "That was very reminiscent of the karting days. And I feel that that's Formula 1 at its best. The fact that we were able to follow and dice like that, lap on lap is a testament to the direction I think that we're now in."

British GP race winner Carlos Sainz added: "I think it's a great step forward done by Formula 1, and today's just proof of that. I feel like these cars have improved a lot the racing in high-speed corners and Silverstone was a great example of how much better it is to follow.

"In the high speed the car is just a lot more predictable, so you don't get weird snaps like we were getting last year. Also quite surprised about the slipstream effect.

"I know with these cars it is not as big as last year, but as soon as Max [Verstappen] or Charles [Leclerc] passed me I could stay within reach, thinking I was slower, but then suddenly you are behind and you gain four tenths or half a second of pace, just because of the slipstream, which helps you to stay within reach of all the cars."

F1 managing director of motorsport Ross Brawn thinks the success of the rules this year is the result of proper thought having gone in to rules that were designed to allow closer racing.

"What we are seeing is a new culture with regards creating the rules," he wrote in a column on the official F1 website. "When the regulations are changed or developed, the factors taken into consideration are not just lap time or cost – but also raceability.

"The introduction of raceability is going to be a significant change for F1 for the future. If there is a legacy of this era, it will be that raceability is now going to be a factor that is always considered when new cars are designed for Formula 1. We’ve not seen that before."