McLaren: High risk to not stop Norris for second time in British GP

McLaren says committing Lando Norris to an early final British Grand Prix pitstop would have been "high risk", after the strategy call it made dropped him out of the points

Norris ran seventh in the opening part of the race, but McLaren elected not to pit him for a second time during a safety-car period as he had already switched from softs to mediums a few laps earlier.

The team hoped a late stop for fresher tyres would pay off as rivals that had committed to pitting under the safety car would be struggling with older rubber by then, but that scenario did not play out.

In the end, Norris's final stop to switch to hards dropped him down the order from eighth and he was unable to make enough of a fightback to finish in the points, as he came home 11th.

Team principal Andreas Seidl conceded McLaren had got its call wrong, but said there were good reasons for making the decision.

"For Lando, with all the data we had from the tyres that came off the cars, we thought there was a high risk to run to the end of the race," explained Seidl.

"In the end we wanted to try to go on new hards, fresh ones, and then try to get the competition towards the end of the race.

"But it looks like we would have needed five more laps." 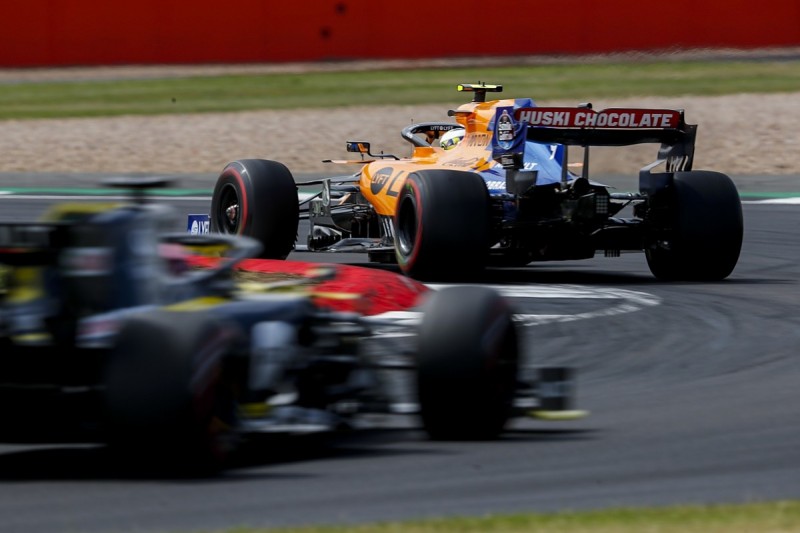 Norris said he did not want to criticise the team even though it was obvious the strategy call was wrong.

"We made the wrong decision under the safety car and didn't box when we should have done," he said.

"It wasn't gambling, but hoping that a few more people would drop off in the end but it didn't happen.

"In hindsight, the strategy was wrong but it was not something we could have known when we made the decision.

"So I still stand by the team, they did nothing wrong: we just didn't make the right choice at the end of the day."