McLaren is trying to help Sergio Perez find a seat in Formula 1 next year, team boss Martin Whitmarsh has revealed

Although McLaren has elected not to retain the Mexican for next year and dropped him for Kevin Magnussen, Whitmarsh believes Perez is good enough to be in F1 and has contacted rival teams to encourage them to take him.

"I have rung Force India and I have rung Lotus," Whitmarsh told AUTOSPORT. "I have recommended him.

"I am trying to help him get a drive. He deserves to be in Formula 1. He is an exciting driver, but we saw such great potential in Kevin that we decided to sign him.

Although it may appear strange for Whitmarsh to be pushing teams to take a driver that his outfit has rejected, he says he is doing so because McLaren still believes Perez is a better prospect than other drivers being considered elsewhere.

"People say, how can you recommend him when you've just dropped him? But the fact is I had Kevin," Whitmarsh said.

"We could have taken a lot of the drivers that were around that were available, the experienced guys, and we made a decision that we wouldn't take any of those guys in preference to Checo.

"That is why I can reasonably recommend him to another team."

Although Perez said earlier this week that the lateness of McLaren's decision had hurt his chances of a 2014 seat, Whitmarsh does not agree. 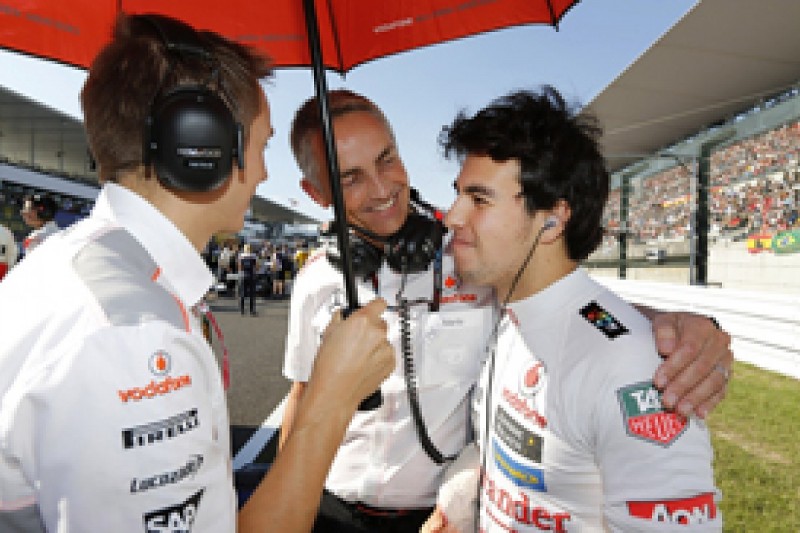 He claims that even at this stage of the campaign the seats that were realistically available for him are all still open.

"People say it is terribly late, but what I have said to him is that he needs to stand back from it a bit," he said.

"I told him the Ferrari seats have gone, the Mercedes seats have gone, Red Bull has gone, and Toro Rosso has gone. Those are the only seats that have gone - and in truth he wasn't in the frame for any of those. So he hasn't lost a seat.

"At the time Williams had a seat, but that has now gone, but there is a Lotus seat, a Sauber seat, a Force India seat, a Caterham seat and a Marussia seat. So there is no seat closed to him and we can have no accusations that we made the decision too late."