McLaren has F1 back-up plans for 2018 amid Honda struggles

Two days after expressing "serious concerns" about the situation McLaren and its engine partner are in, and amid rumours the team could switch to Mercedes or Renault power next year, Brown said during Canadian Grand Prix practice that any such decision would have to be taken quickly.

"We need to make any decisions that impact '18 by the summer break.

"We're friends with everyone up and down pitlane, so we have coffee and chat about a variety of things. So we're alright."

Brown suggested Honda now had to give McLaren more "confidence" in its ability to be competitive if the relationship was to continue into 2018.

"The plan right now is to have the Honda in the back of the car," Brown said.

"But some things need to happen between now and then for us to have the confidence that we can be at the front of the field next year. So we're working hard on it. 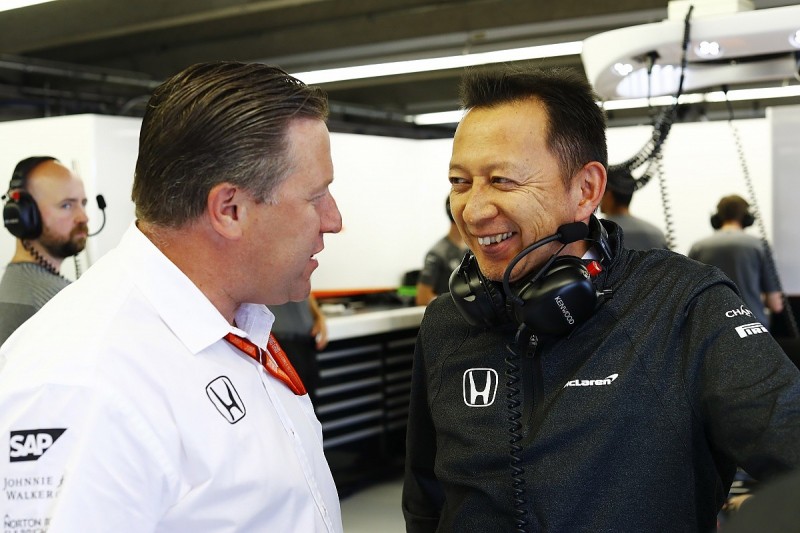 "We need to get competitive, and we need to show regular signs that we are getting competitive.

"I don't think there's a specific number or place or qualifying in mind, but now we're not racing well, we're not finishing races, in some instances we're not starting races.

"And we can't have that anymore.

"So what needs to happen between now and next season is we need to have confidence that all that is getting fixed, and we're going forward."

Brown made it clear that Honda's way of working, using in-house personnel at its F1 R&D base in a remote part of Japan, has not paid off.

"Where the engine's being built, and the people involved, they need some more F1 experience, which they need to be open-minded to get.

"Something needs to change.

"So they need to take some change, maybe take some risks, maybe do some stuff they wouldn't normally do.

"But you can't just keep doing the same thing, getting the same result, and then just think that by some miraculous thing it's just going to change the next race.

"They need to approach it a little bit differently."