McLaren will not let its fight with Ferrari heavily impact its decision on when to switch full focus to its 2022 Formula 1 car development, sticking to its "clear plan".

McLaren has made a strong start to the 2021 season, finishing third at Imola two weeks ago with Lando Norris to take an early lead in the fight to lead the midfield teams this year.

McLaren, Ferrari and AlphaTauri have seemed evenly-matched on pace through the first two races, although McLaren sits seven points clear in the early fight for P3 in the championship.

Most teams are currently weighing up when to fully commit their resources to designing the 2022 car, with the overhaul of the technical regulations making it a crucial year for the upcoming cycle.

But McLaren team principal Andreas Seidl said he would not let the battle with Ferrari and AlphaTauri greatly sway the team from its development plan for next year.

"I obviously don't know what Ferrari is planning, but I think from our side, we have a clear plan of what we want to do this year and when we want to switch to next year," Seidl said.

"Of course it's a bit of a live decision, not just depending on how competitive you are at the moment compared to Ferrari and AlphaTauri.

"It will also depend on if you actually see a lot more potential within some more runs, for example, in the wind tunnel, because you see some promising directions, which then could lead you to say, 'look, let's invest two or three more runs because we could actually get quite a bit out of it for this year?'

"Or if it goes in the other direction, you could say, 'it's pretty much done, you need to invest a lot more energy and time in order to make further steps', it could lead you to aborting it even earlier than planned

"So, I would say we have a clear plan, [and] the flexibility to adjust. But I think it's more depending on the potential we see with the directions.

"Of course we want to do good this year. We want to keep this positive momentum up. But at the same time, the journey we are in is clear. We want to get back to the front.

"In order to do that, we want to use also this opportunity of the new regulations to come into place next year." 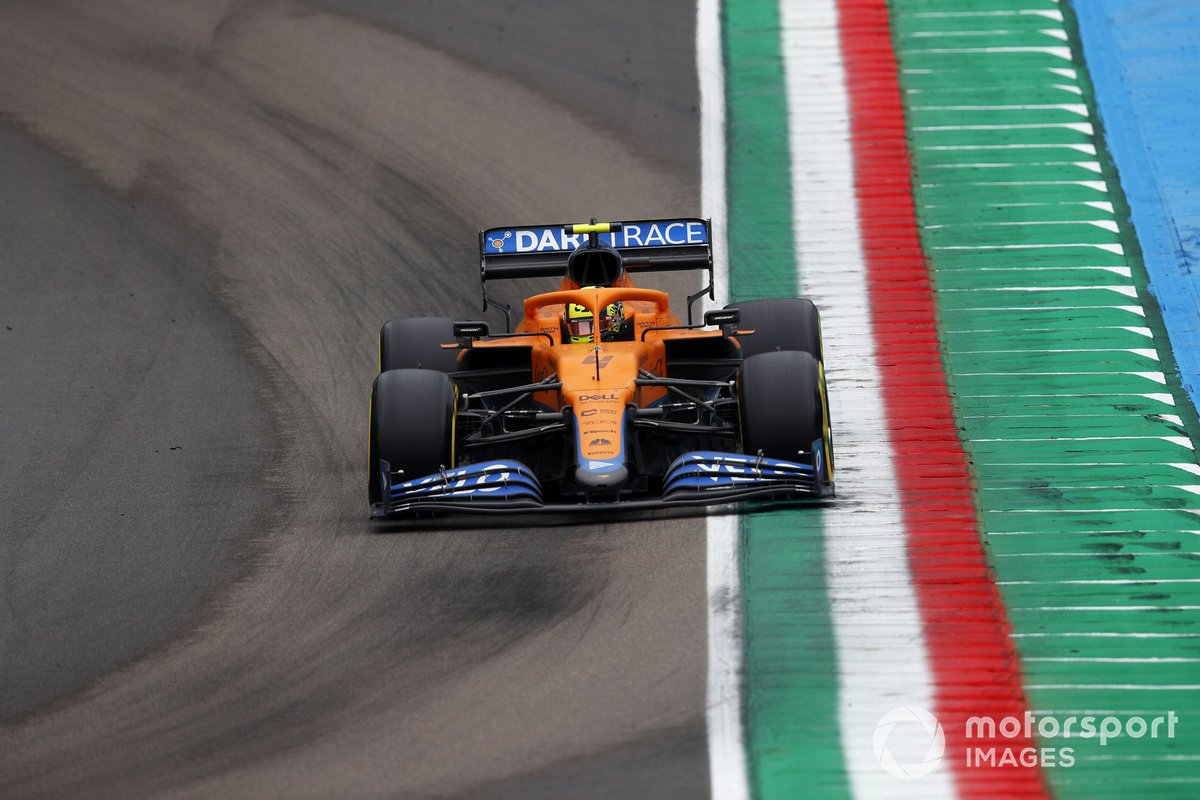 The team has previously spoken of its ambition to take advantage of the new cost cap in F1 to fight on a more level playing field with its bigger-spending rivals.

But Seidl explained that the cost cap did not have any bearing on when the team would switch focus to 2022 given it is already running at the cost cap.

"It's all capped from now onwards, and we are a team that is running at the cap, so it doesn't really affect the money that we spend this year or next year," Seidl said.

"But in terms of the decision itself, for me that's more of a sporting and technical [call]."