McLaren Formula 1 driver Lando Norris has acknowledged Ferrari is now clearly ahead in the battle for third in the constructors' championship, as Ferrari's recent engine upgrade "tipped it in that direction".

McLaren's Daniel Ricciardo and Lando Norris took a sensational 1-2 win in Monza, but in subsequent races Ferrari introduced an upgraded power unit for both Charles Leclerc and Carlos Sainz.

After a closely fought battle throughout the 2021 season, the upgrade enabled Ferrari to leap ahead, which allowed Leclerc to qualify over six tenths clear of the first McLaren in Turkey.

In Austin's US Grand Prix both Ferraris also outqualified the McLarens, albeit with a much tighter margin, but in the race fourth-placed Leclerc managed to finish a full pitstop ahead of Ricciardo behind him. That allowed Ferrari to close the gap to the Woking outfit to a mere 3.5 points.

"I think Ferrari was quite obviously quicker than us," said Norris, who finished eight behind Sainz after a tough afternoon.

"Maybe it doesn't look it because Carlos was just stuck behind Daniel but if Carlos was ahead of Daniel, he would have pulled away the same as Charles did, so we've lacked pace all weekend comparing to the Ferraris." 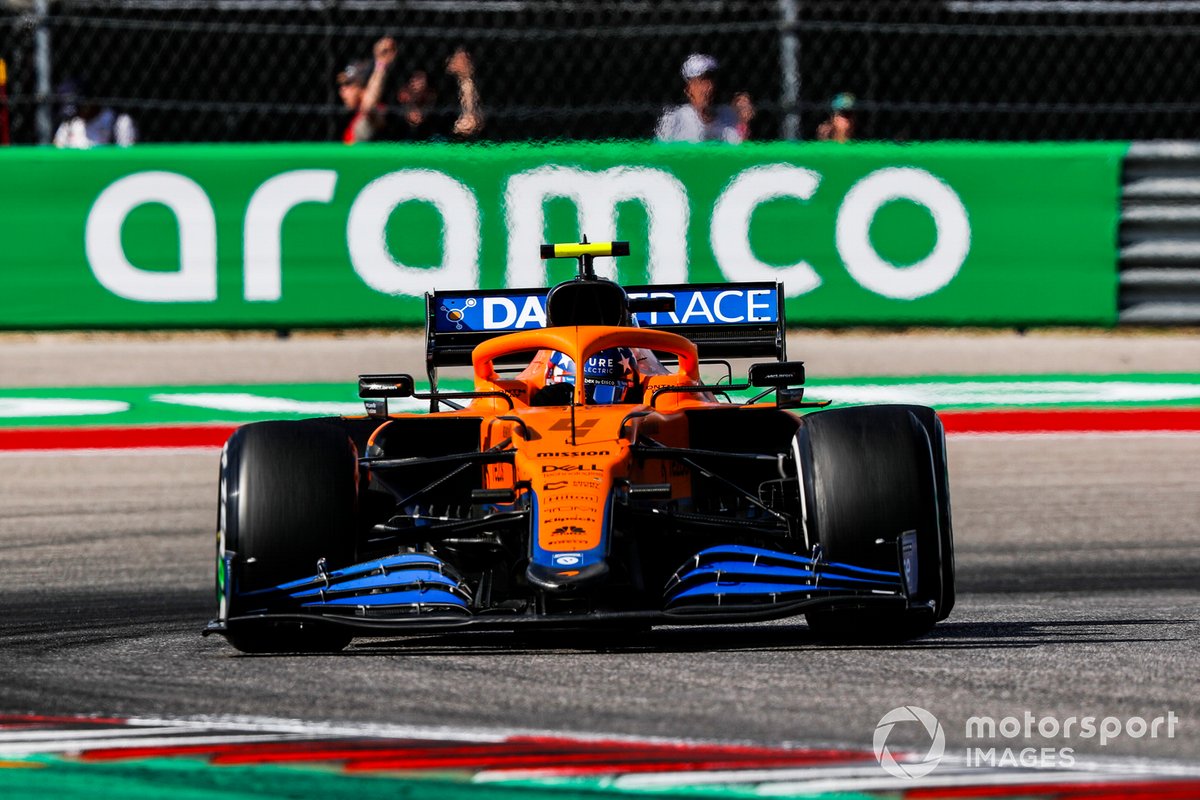 Norris acknowledged that the extra tenths that Ferrari got out of its power unite upgrade made a big difference and would make life difficult for McLaren in the remaining five races.

"It's definitely just tipped it in that direction for sure," he replied when asked if Ferrari's upgrade finally tipped the balance in the Scuderia's favour.

"They definitely have the edge at the moment. Not quicker in every place but just a car which is more consistent than us and more driveable.

"But that doesn't change the way we'll try and keep pushing to stay ahead. It's not what we want so late in the season, we've got to try and do something more to get back ahead of them.

When asked by Autosport how worried he was about Ferrari's pace advantage, McLaren team principal Andreas Seidl said "being worried doesn't help", but he did admit McLaren has to accept that the advantage lies with Ferrari.

"It's a reality they've made a good step forward with their package, also down to the upgrade they introduced on the power unit side," he said.

"And that gave them a good advantage, especially in these last two races compared to us, so that's the reality we are in.

"But at the same time, it's simply important to focus on ourselves; we know that there's no upgrades coming anymore on the car side or power unit side.

"We know that there's tracks coming that will probably play a bit more to the strengths of our car, but there are also tracks at the end of the season where we will struggle compared to Ferrari.

"It's simply important we extract each weekend the maximum out of the package as it is, execute clean weekends, clean races, have a good strategy and then hopefully that's enough to battle them until the last lap in Abu Dhabi."