McLaren has unveiled the new livery that its Formula 1 cars will run in from this weekend's Spanish Grand Prix.

The Honda-powered team announced on Tuesday that it was dropping the chrome elements of its 2015 colour scheme in favour of a "dynamic, predatory, graphite-grey colouration" that it hoped would work better in both bright sunshine and floodlit night races.

The livery for McLaren's first season with Honda power since 1992 was the subject of much speculation over the winter, and there was widespread disappointment among fans when the team revealed colours relatively similar to its previous look.

Team chairman Ron Dennis said at the time that a change of livery could come later in the year, but he suggested it would be for commercial rather than aesthetic reasons.

"Yes we could do all these things. But give me a reason why?

"If it is just to make something more aesthetically pleasing, that is not enough reason for me.

Prior to this weekend's change, McLaren had run silver-based liveries since 1997, when it swapped from the red-and-white colours it had used during its two-decade association with Marlboro. 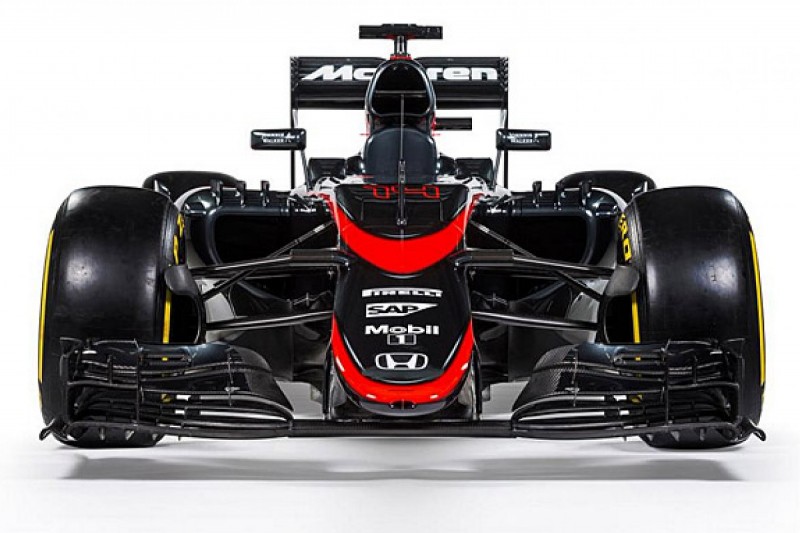