McLaren F1 reserve Vandoorne aware of interest from other teams

Stoffel Vandoorne says he is aware of interest elsewhere in the Formula 1 paddock, but has reiterated his desire to race with McLaren next year

McLaren's reserve driver scored the team's first point this season when standing in for the injured Fernando Alonso in Bahrain.

Despite the late call-up - with Vandoorne on Super Formula testing duties in Japan at the time - the 24-year-old Belgian acquitted himself superbly, finishing 10th.

After being given a taste of F1, Vandoorne is naturally eager to nail down a permanent race seat with McLaren for 2017, but has admitted to possibilities elsewhere.

"There is definitely some interest around, which is normal," said Vandoorne.

"But I feel happy with McLaren. I have a contract here and my aim is still to be on the grid with them next year."

After finishing third at Suzuka in his Super Formula debut, Vandoorne suggested the series' spec-Dallara "feels like the quickest I've ever driven around corners", given the high levels of downforce.

Despite that, Vandoorne's goal remains F1, adding: "F1 is still F1. It's still the pinnacle of motorsport.

"It's going to stay exciting, the racing is good, the competition is very high as well, you race against world champions, and it has always been a dream to be there."

The one noticeable difference for Vandoorne in Super Formula compared to F1 and former GP2 days is tyre life and the kind of racing that lends itself to.

Whereas current F1 and GP2 tyre supplier Pirelli's brief has been to make tyres that degrade, resulting in multiple pitstop races, the rubber in Super Formula allows a driver to push for an entire race.

Vandoorne can see the merits in both types of tyre.

"The tyres are very different to what we have in F1," he said.

"With Pirelli tyres the racing is definitely very exciting, you always see a lot of overtaking, you can follow the cars quite closely, and the degradation is a part of it and has definitely helped the overtaking on different racks.

"In Japan the race was also exciting, but there was not that much overtaking, it was very difficult to follow, probably because the cornering speeds are very high.

"It's different, it's very difficult to compare them.

"The thing is we like to push, to go flat out all the time, and that's the first instinct of any racing driver - to go as fast as we want to go.

"I definitely enjoyed it. It was a weird feeling after two years of being in GP2 to finally go flat out from lap one to the end." 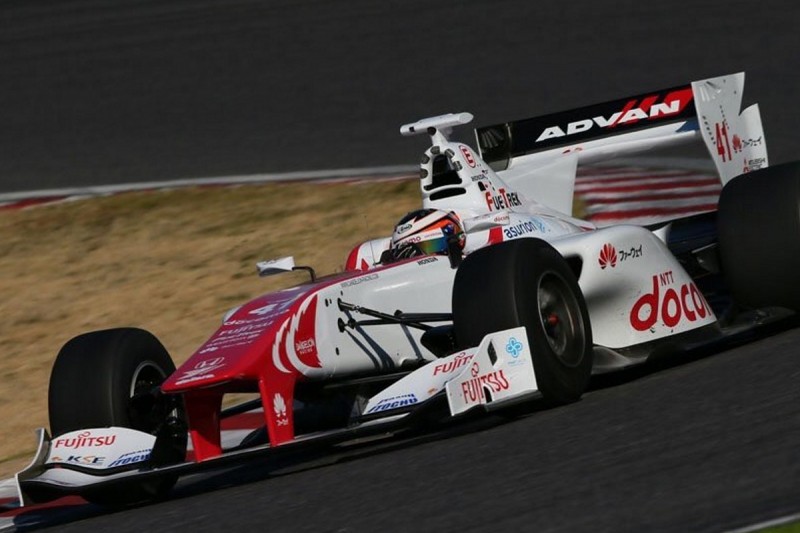 Haas F1 team knows where its inexperience is proving costly