McLaren has revealed its 2018 Formula 1 challenger, the Renault-powered MCL33, in a new orange livery

The team unveiled the car online on Friday morning, three days before the first pre-season test at Barcelona.

McLaren's MCL33, which will be driven by Fernando Alonso and Stoffel Vandoorne again this season, has all-orange bodywork with a black halo device.

Its move to a largely papaya-orange livery will please many fans who felt last year's switch to an orange-and-black design was not close enough to the colours used by founder Bruce McLaren in the team's early years in F1. 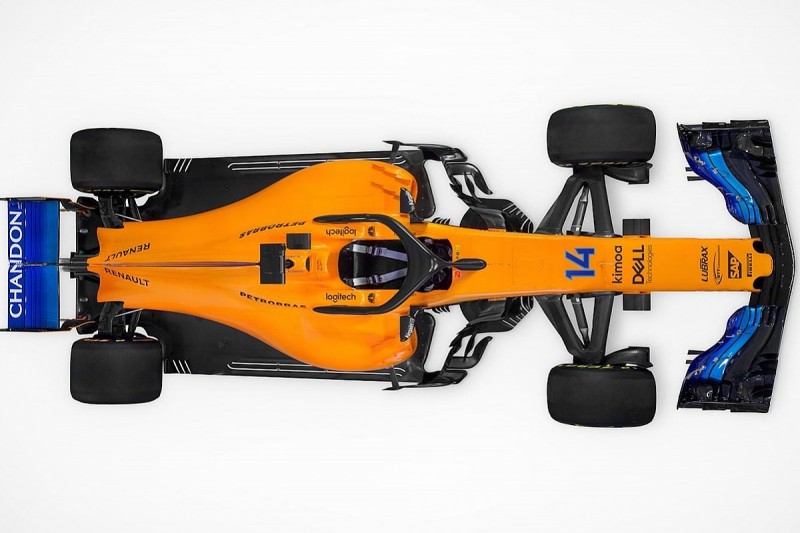 The new design is similar to the one used by Alonso when he drove a McLaren-branded Andretti entry in the Indianapolis 500 last year, but also features elements of blue - as used on McLaren's early F1 and later CanAm cars - on the front wing, rear wing and engine cover fin.

McLaren plans to give the new car its track debut at the Navarra circuit in Spain later on Friday, using part of its filming day allocation.

McLaren F1 launch: No 'shortcuts' in swap from Honda to Renault