McLaren CEO Zak Brown has ruled out a sale of the Formula 1 team to Audi, despite the German manufacturer’s interest in a potential takeover.

Audi’s parent company, the Volkswagen Group, is in an advanced state of preparations with its efforts to get the German manufacturer and its sister brand Porsche to enter F1 from 2026.

While Porsche looks set to tie-up with Red Bull, Audi’s plans are not so certain as it is still weighing up its options.

The company has held talks with McLaren and one option that was being evaluated was for a full takeover of the squad that would have resulted in it becoming the official Audi F1 team.

The Audi entry would then have potentially led to a scenario of the McLaren name disappearing from grand prix racing entirely.

But speaking ahead of the Miami Grand Prix, Brown has made it clear the McLaren name is here to stay and there will be no sale to Audi.

Asked by Autosport if there was a possibility of a complete sale, Brown said: “No, no. Our shareholders are very committed to McLaren.

“We did have conversations with Audi, and we're not for sale. We're very committed to our future and we're doing really well on the track.

“Shareholders are making substantial investments to give our team the resources we need to get back to the front, and commercially we're doing really well. Morale in the team is really good. We don't have any interest in selling the racing team.” 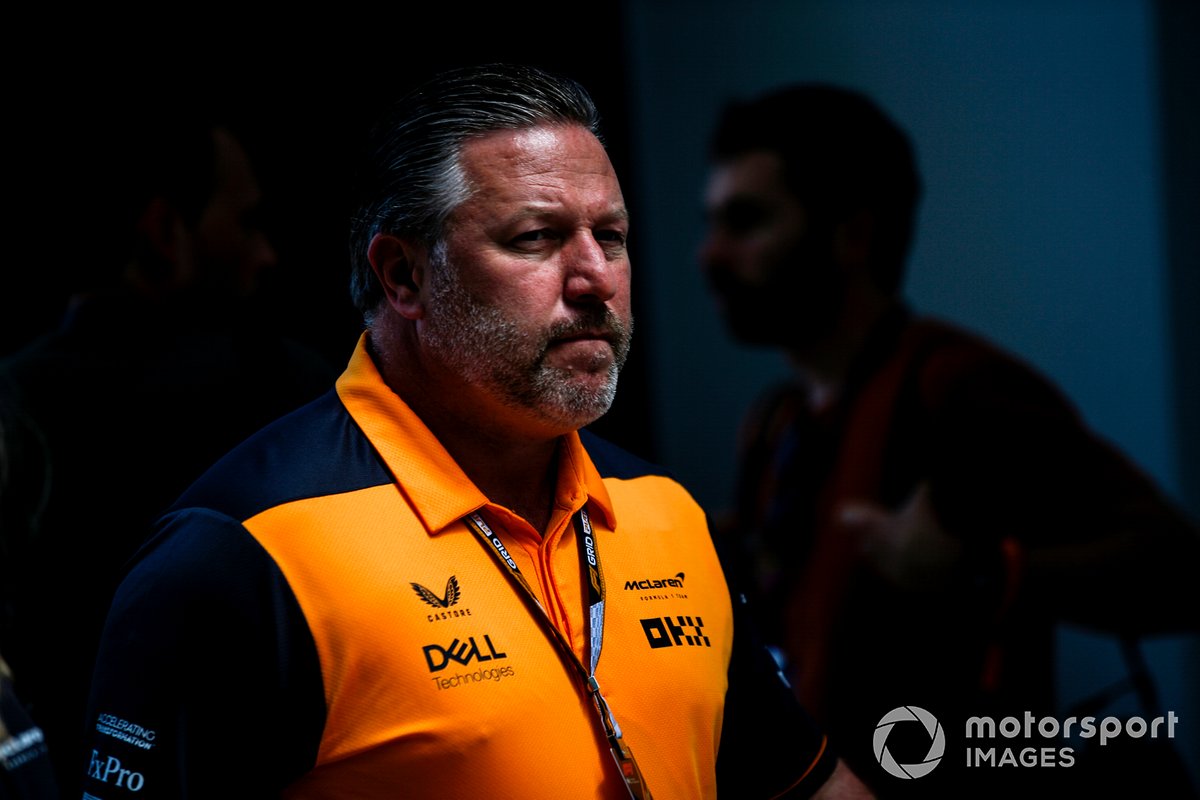 Brown’s confidence about the future of McLaren is based on the improved financial situation at the team, which has turned things around from a cash crisis at the start of the COVID-19 pandemic.

In particular, he cites an $185 million deal with investor MSP Sports Capital as giving the team a bit more of a solid footing to make decisions in its own best interests.

“We're in a really strong position and we weren't 18 months ago,” he said. “MSP Sports Capital came in and invested, and you guys all know the situation we were in 18 months ago. That now seems like a long time ago, especially given the state of play now.

“Our terms for any partnership would be we retain ownership of the racing team. And if anyone wants to have a conversation that is different to that, then there's no conversation to be had.”

But while a sale to Audi has been dismissed, Brown says a decision about which engine McLaren uses from 2026 remains a totally separate topic.

“We won't consider a buyout of McLaren, but it's up to Andreas [Seidl] to decide what power unit he wants in the back of the racing car,” he said.