McLaren is in talks with the FIA over what it feels is an 'unacceptable' delay to the introduction of new flexi-wing tests in Formula 1.

However, the new tests are only coming in to force from the French Grand Prix next month – which means teams are still free to use their current designs for the races in Monaco and Baku.

That delay has left McLaren unhappy, as it feels that giving teams extra races to run with these trick wings hands them an unfair advantage.

McLaren team boss Andreas Seidl said: "We welcome the reaction from the FIA with the technical directive, which we are happy with for the basic content.

"Where we strongly disagree with is the timing of the implementation because, from our point of view, there is no reason for many teams having still the advantage of doing things which, in our point of view, are clearly against the regulations.

"They had the advantage already for several races which is something we're obviously not happy with.

"But now, allowing them to have further advantage for some more races, is clearly something we strongly disagree with, and where we are in conversation with the FIA."

Seidl added: "We simply hope that the FIA shows a very strong hand because from our point of view it's simply not acceptable, because it puts the teams that comply with the regulations at a big disadvantage." 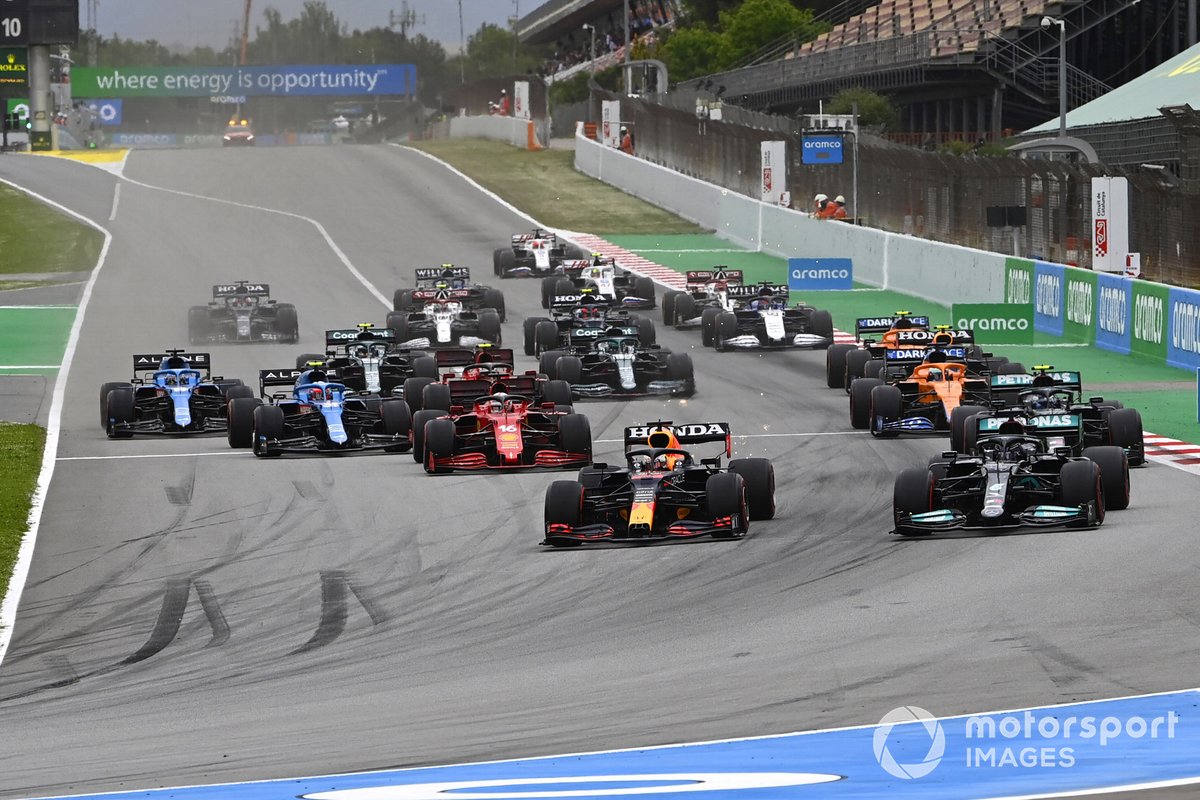 While the focus of the bendy wing speculation has revolved around Red Bull, paddock sources have suggested that a number of teams were observed running wings which flexed a lot on the main straight at Barcelona.

The outfits that appear to be under the spotlight include Ferrari, Alpine and Alfa Romeo – even though all the teams' cars have passed the current tests.

Seidl said he did not want to name names regarding who was most likely running flexi wings, but said it was obvious from video footage.

"I've no interest to put names on the table at the moment," he said. "It's down to the FIA, to make sure that we have fair competition between teams and enforce the regulations.

"But some of your colleagues mentioned already some names... bigger analysis as well. Just look at the rear wings, the main flaps and what the endplates are doing. There are some good videos on YouTube already, full of analysis."

McLaren is clear that it will not have to make any modifications to its rear wing to comply with the new load tests.

Although the new FIA tests are not coming in to play until the French GP, the fact that the governing body suspects rule breaches are taking places means that the door is open for a rival to protest any of the outfits in the next events.

Asked if McLaren would consider that, Seidl said: "In principle, I'm not a big fan of protesting other teams and cars and so on.