Boullier handed in his resignation to Brown on Tuesday night, with McLaren moving swiftly to overhaul its management structure in response.

Speaking from the team's factory on Wednesday, Brown said that recent conversations with Boullier had intimated that he felt McLaren's future might be better without him.

"Obviously we've been under a lot of pressure and underperforming for too long. So Eric and I have had many conversations around how we can improve McLaren, conversations in the past around what is the best way to do that.

"Ultimately he wants what is best for McLaren, as we all do, so when he made his decision it was not a surprise.

"It was something we had spoken about, our challenges and potential ways to address them." 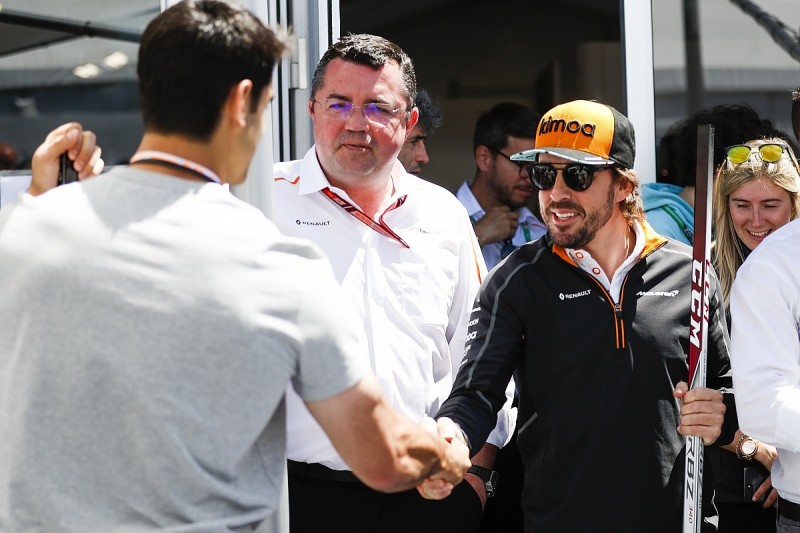 While Brown has no expectation of a quick fix to McLaren's troubles, he has faith that the departure of the man who brought Fernando Alonso to the team will not jeopardise McLaren's chances of keeping the 2005/06 world champion.

"Fernando is someone that has a history here at McLaren, he's a huge asset," added Brown.

"He has a tremendous amount of experience. I've developed a very good personal working relationship with him.

"He's someone I have consulted since I started because he knows what a world championship effort looks like and I value his opinion.

"He is part of this process, he is a contributor to bringing McLaren forward."