On the back of further reliability problems at Barcelona on Saturday - with an oil leak stopping Kevin Magnussen after 39 laps - McLaren is well behind schedule.

And Boullier reckons that the team may not be able to show what it is fully capable of until after the first flyaway events.

"We will not be as ready as we would like but we will do our best," said Boullier about the state or readiness for the first race.

"The positive is that everything is working as per design and plan.

"Reliability is still a concern and I don't know how long it is going to take [to fix].

"We have some plans in place now, which has been drastically improved in both our organisations working together, and I think it will take a few races.

"But we should be ready by Europe to be more competitive." 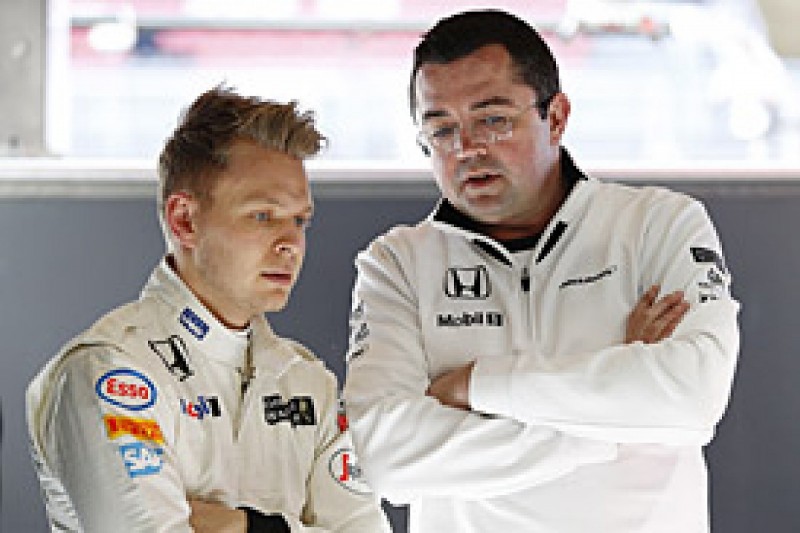 Rather than feel that McLaren and Honda needed to make any radical overhaul of their package to get on top of reliability niggles, Boullier thinks the team just to take its time.

"We were not expecting to cover 100 laps every day," he explained.

"We do tend to forget that last year it was same situation for many teams.

"We have tight packaging and we want to win as early as possible, so we have to be ambitious now.

"It is true we didn't do as many laps as we wanted. It is true it is going to hurt the development and the car on the performance side.

"But we will recover. It is just a delay, if I may say this. It is not that negative or disappointing.

"There are many areas on the car where we know all the systems on the engine are working.

"Cooling is working, and the more mileage we put in the future the more problems we will discover.

"But the base is exactly as per plan. So that is some positive."

Boullier also said that he expects doctors to give Fernando Alonso the green light to race in Australia within the next few days.

"Soon," he said when asked about how long it would take for a final decision. "It should be next week. But there is nothing wrong."