As F1's new owner Liberty Media and Red Bull moved to revive an event that had been a regular part of the Canadian weekend until the late 1990s, all teams apart from Ferrari, Mercedes and Force India entered the fun.

They were joined by a host of rival teams including one from the FIA, one led by F1's sporting chief Ross Brawn, one from fans and one from F1 commercial chief Sean Bratches, and the event drew a huge crowd including team personnel, media and fans.

Teams were given raft building kits and had an hour to create their vessel before the start, with the contest overseen by F1 race director Charlie Whiting. 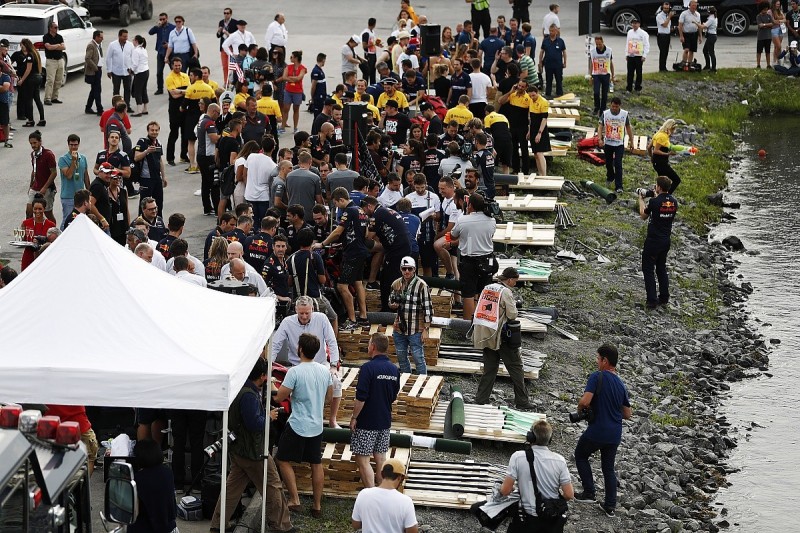 McLaren's effort - helped by Olympic rowing medallist Tom Stallard - led from the start and was dominant on the race across the Olympic rowing lake and back.

McLaren's success comes against the backdrop of its current struggles in F1 where it has faced a difficult three years with Honda engines.

On Thursday Fernando Alonso said the team needed to win by September to convince him to stay for 2018, prompting McLaren racing director Eric Boullier to joke after the raft race win: "We won. Fernando now has to stay..."