McLaren is still pushing flat out on development ideas to improve its 2022 Formula 1 car, even though the introduction of major upgrades are on hold for now.

The Woking-based team is one of several F1 squads that looks set to breach this year’s $141.2m cost cap limit ($1.2m added to the original $140m cost cap due to a 22nd race added to the calendar), and does not want to commit to any more significant spending until it knows what extra allowances teams are going to get.

Those concerns mean it has been forced to put the handbrake on upgrades for now, even though rival teams are continuing to push on with significant new components.

But while the situation means no new major parts will appear on the McLaren at least until the cost cap situation is clearer, McLaren executive technical director James Key says it does not mean his design staff have put a pause on working on improvements.

“It’s quite the opposite, actually,” said Key. “It seems like the season has been going on for a long time, but we’ve only had 10 races, so we're not even halfway yet.

“We're all still learning a lot about these cars and the work that's been done in the background for 2023. Anything that we're researching for this car, depending on the cost cap, is all valid really for next year.

“It's still added fresh knowledge which can be applied to the 2023 car. So we're carrying on. Obviously, the 2023 car is well under way and we'll see what happens with the ability to update this year.

“The massive cost increases are an issue. And of course, when you operate to hit the cap, you have to put the handbrake somewhere in order to try to comply.” 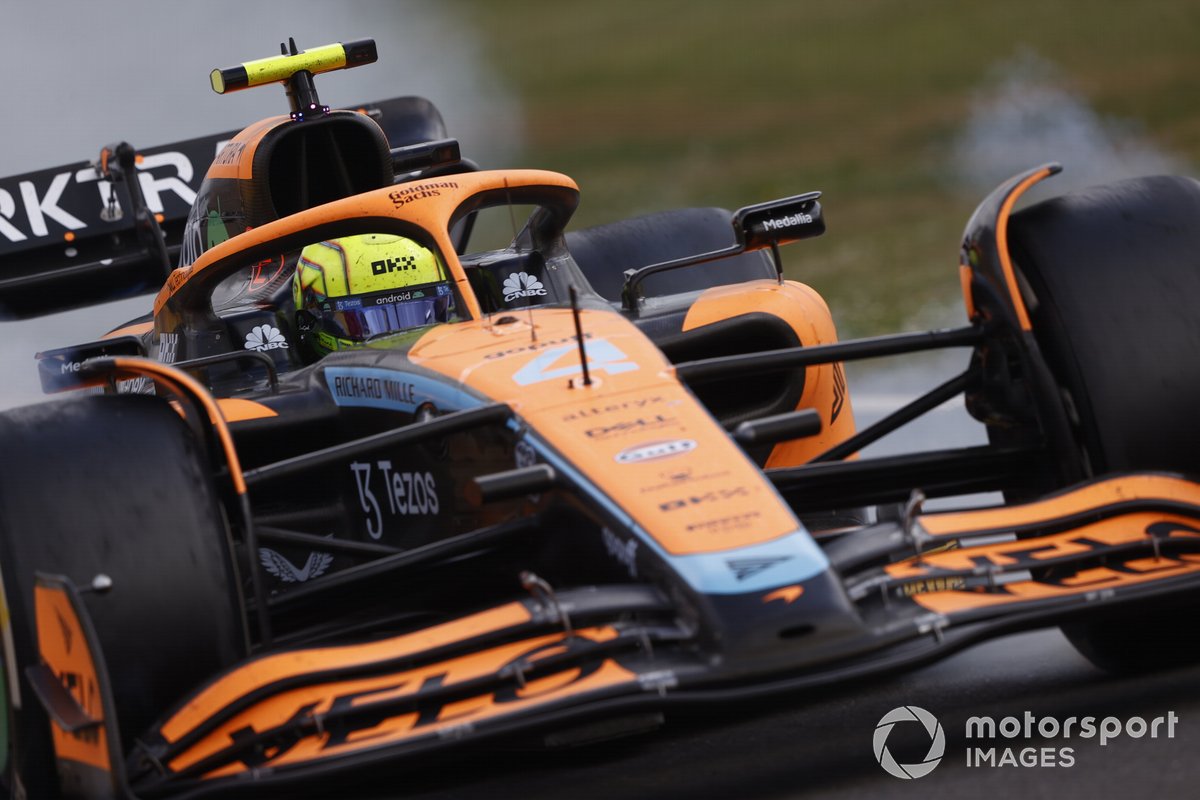 McLaren team principal Andreas Seidl said the squad’s decision on when to open the door again on the introduction of fresh upgrades this season depended on many factors.

“It's not necessarily just linked to the budget cap decision,” he said. “In the end of course we see what the other teams are doing.

“But we just need to do what is right for us as a team in the world we're in now, with the cost cap and the limitations we have in windtunnel time, which is quite significant compared to the past.

“We simply need to work out the best strategy of when it actually makes sense to put parts into reality and spend the money.

“For us as a team we still think that we have a good strategy in place that can still allow us to fight for this P4 for the rest of the season.

“This is obviously the main target for us, because it will be another great achievement for us if we can do that this year because we should not forget we are up against very strong competition.”