McLaren closes in on Sergio Perez or Kevin Magnussen decision

Sergio Perez is closing in on a deal that will keep him at McLaren for the 2014 Formula 1 season, but is facing an increasing challenge from Kevin Magnussen for the seat

The Mexican's future has been subject to doubt for several months, with McLaren not totally convinced with his performances this season.

Team boss Martin Whitmarsh made it clear at the Singapore Grand Prix that he wanted to see Perez beat Jenson Button more consistently if he was to be given a new deal.

A recent run of strong performances have made it more likely that he will be given another chance, but fresh questions emerged after his performance in Abu Dhabi.

That has helped fire up the resolve of factions within the team that would prefer it to opt for someone else next season.

There is understood to be a growing feeling at McLaren that it should give Formula Renault 3.5 champion Kevin Magnussen - who was withdrawn from this week's GP2 test at the last-minute - a chance instead of sticking with Perez.

However, while sources suggest the most likely outcome is for Perez to be handed a single-year extension to his deal, Magnussen is now also being seriously considered.

Whitmarsh said news on the decision should be forthcoming imminently, and reckoned it was good that pressure was put on drivers to beat their team-mates.

"Both our guys are race drivers, they want to beat each other, and we want that level of competition," he said.

"That is how we run our team. As a strategy, it can cause tensions from time to time. 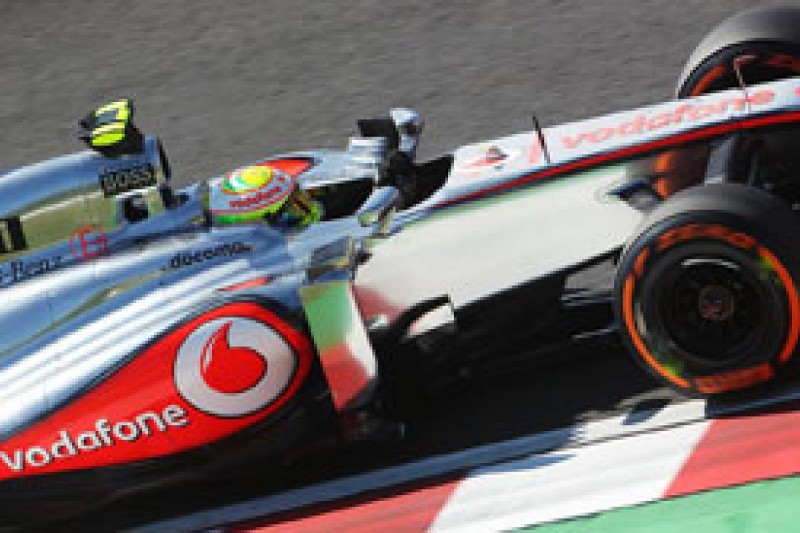 "But I think the nice thing is we have two honest guys who like competing with one another, and they can do it cleanly and well.

"When will we make our driver announcement? I think we will be making it quite shortly."

Perez said in Abu Dhabi that he was pretty sure he knew what McLaren's plan was for next year, and he was not unduly concerned.

"I know what's going to happen so in that respect, right now, I do not feel that bad pressure," he said.

"For a racing driver, that can be the worst pressure you can have, to have doubts about your future and what's going to happen.

"I am confident that whatever happens is the best for me."