Stoffel Vandoorne has no doubts that McLaren can return to fighting for podium finishes next year, with the team poised to finally confirm that it is switching to Renault engines

After three years of struggling with Honda, McLaren has decided to split with its current engine partner and has agreed a deal to take customer power units from the start of next season.

The deal, as well as Toro Rosso's switch from Renault to Honda, will be officially announced on Friday at the Singapore Grand Prix.

Although Vandoorne would not comment on the specifics of the engine change, he did say that the overall picture for McLaren was looking good.

When asked by Autosport if he believed McLaren was in a position to join the fight for top three places next season, Vandoorne said "the team can".

"The way we've developed the car this year has been very encouraging," he added.

"Of course when you run through a lot of problems you can't always exploit the maximum and it hurts a lot of the other parts as well.

"The way everything is going, I caught up with some of the aero guys at the factory and everything's going in a positive way."

After seeing first-hand the difficulties that McLaren has faced with its Honda partnership, but a willingness from new executive director Zak Brown to shake things up, Vandoorne said he was excited by the changes being made.

"Change is positive, it's very good. Especially in the situation we are now," he said.

"We just need to push the team back to the front. Standing still is never a good thing.

"Changing things is good - hopefully we can see the positives of that very soon."

While the focus around McLaren in the build-up to this weekend has been about its engine plans, the team has been preparing for what it believes could be one of its strongest weekends of the year in Singapore. 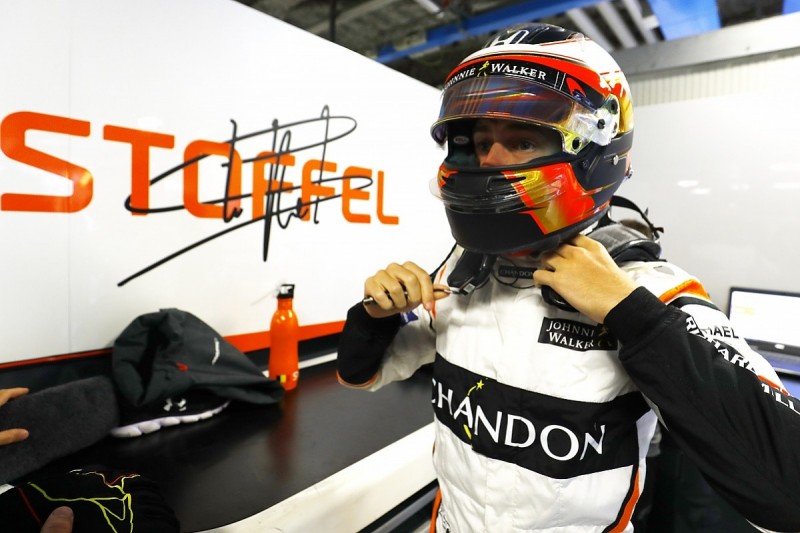 Vandoorne believes there is a chance for it to emerge as head of the chasing pack behind Mercedes, Ferrari and Red Bull.

"After Budapest our aim should be to be the fourth team here," he told Autosport.

"It's a street circuit, a lot of corners, less power sensitive. If we manage to be the fourth team that's where we belong.

"Realistically there are two Mercedes, Ferrari and Red Bulls that should be in front but hopefully we can be right behind them."

With Vandoorne confirmed to run Honda's latest 3.7-spec engine, he said there is some encouragement on the power stakes too after some strong speed early in the Italian GP.

"Our pace was encouraging considering the nature of the circuit," he said.

"It was actually very good. It's a shame we had the penalty there. Points were on the cards for us. That's gone now.

"It was nice to see we were reasonably competitive there, but hopefully we can translate that this weekend as well."