McLaren has revealed that concerns about Formula 1's budget cap have contributed to it 'pulling the handbrake' on further developments to its 2022 MCL36 car for now.

Amid ongoing debate among grand prix racing’s chiefs about how best to address problems triggered by rising inflation and the cost of living crisis, teams are reluctant to keep spending on upgrades until they know there is no risk of them potentially being in breach of the spending rules.

Having already admitted that it is on course to break the current $140 million cost cap limit, McLaren is more mindful about the risk of further over-spend until it knows what F1 is doing to address the problems teams face.

As a result, team principal Andreas Seidl has revealed that McLaren has for now stopped working on more major car developments.

“Hopefully it is not just us who had to pull the handbrake in terms of further developments, due to the restrictions we're having mainly from the cost cap side,” explained Seidl, speaking about the work on improving the team’s current challenger.

“But there are also the restrictions you have nowadays with further limited windtunnel time, so you really need to be very careful with how you use your windtunnel time.”

Like many teams on the grid, McLaren believes that, while major development are on pause, it can still extract more pace from its current car through better understanding of it.

Seidl added: “The main thing at the moment is still to try to unlock more performance from the package we are having. Then we need to see which further, let's say, small little changes to the car will come throughout the course of the season.”

While McLaren’s 2022 campaign got off to a tricky start in Bahrain, as the team paid the price for brake problems suffered in pre-season testing, it has since made a decent recovery with Lando Norris scoring the only podium for a non-Red Bull, Ferrari or Mercedes driver at Imola. 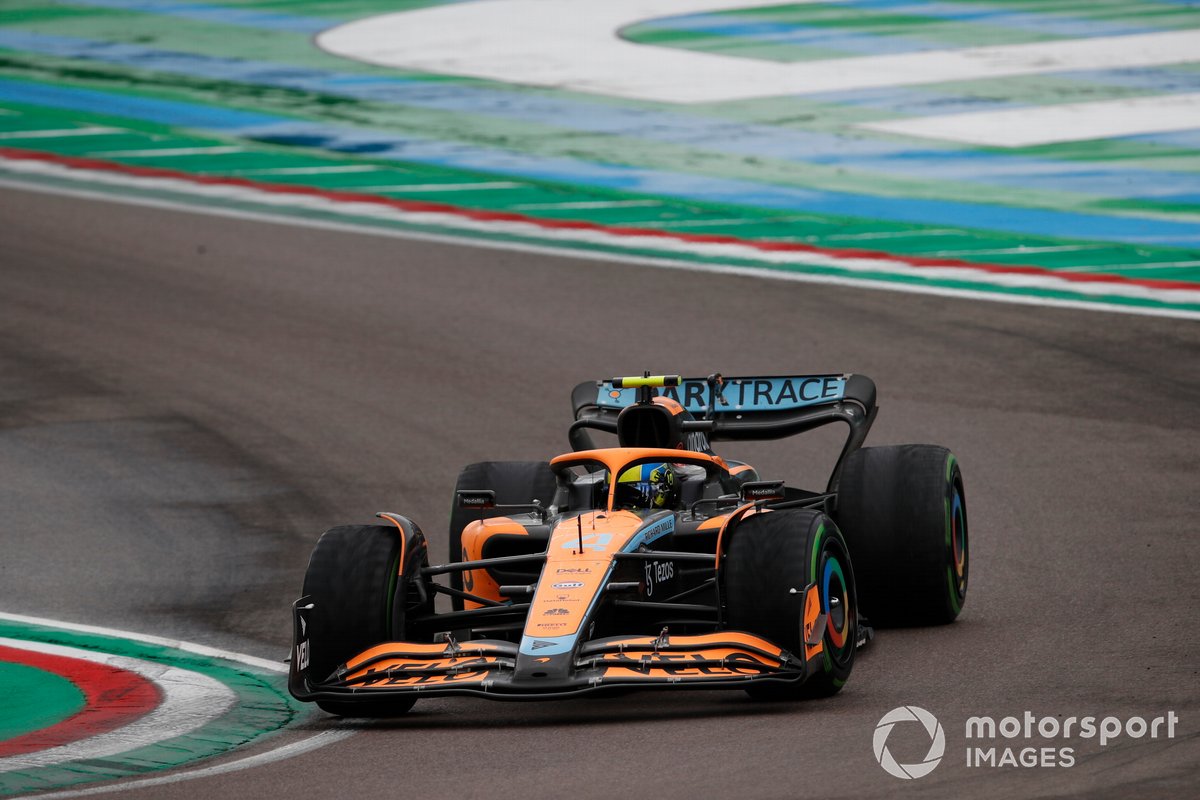 McLaren is the only team outside the top three to have scored a podium this year, courtesy of Norris at Imola

Although it appears to be out of the running to take a top three spot in the constructors' championship this year, it thinks that the potential is there to hold on to its current fourth spot.

Seidl feels that this year’s car is a much better overall package than its 2021 challenger, with the team making steps in addressing some of its key weaknesses, such as poor performance in low-speed corners.

“I think we made a good step forward in terms of some of the weaknesses last year, for example in the low speed,” he said.

“I definitely think that the car is now more suitable for all kinds of tracks. But at the same time, probably also, with these cars also being so new, you still see big swings between all the different cars we are battling with from track to track.

“One weekend you are the third or fourth fastest team, and then the next week you're suddenly qualifying the seventh fastest team.

“Also, if you look at our side, I think the season so far definitely is a bit of an up and down one. Difficult starts for the known reasons and really strong weekends in Melbourne and Imola, then more challenging weekends before the strong Monaco weekend in terms of performance.

“We have to improve to just be more consistently at the top of the midfield.”