Max Verstappen: US GP qualifying one of my worst in Formula 1 2017

The Red Bull driver went into qualifying at Austin facing a 15-place grid penalty due to engine component changes, and he managed to progress from Q2 with the super-soft tyre.

The choice of super-softs means he will be able to start the race on the more durable compound to help his chances of progressing from the back of the field.

However, Verstappen was frustrated to only be sixth-fastest in Q3, even though that was less than a tenth down on team-mate Daniel Ricciardo.

"I made some mistakes in Q3, it's as simple as that," Verstappen told TV crews after the session, saying he felt he had the pace to match front-row starter Sebastian Vettel in the Ferrari.

"It's easy to say now that I should have been up there, but if you make two reasonably big mistakes, it's not what you want.

"I'm not happy with myself, and it's one of the worst qualifyings of the year for me."

Verstappen said the errors he made were a result of trying to claw back time he lost earlier in his final lap.

"It was tricky out there," he said. "You try a little bit more on the last run, you have a little moment, then the next corner is also not great.

"[The lap is] basically ruined, then in the last sector you try to recover a little bit of the lost laptme and you lock up again. Not ideal."

The 20-year-old also played down his chances of charging through the field and rejoining the battle with the leading cars on Sunday, saying that any advantage from the harder tyre for the first stint will likely be negated by having to run in traffic.

"The first few laps you normally lose quite a few seconds on them [the leaders]," he said.

"I'll try to at least come back to sixth." 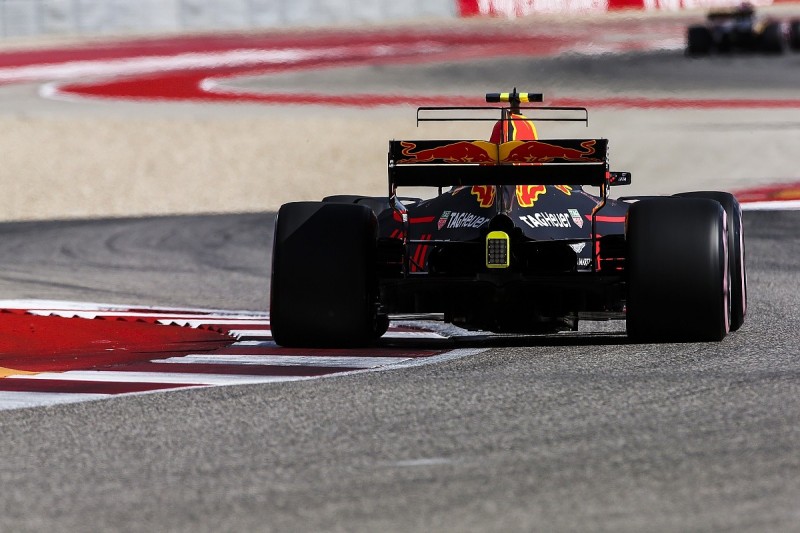