Verstappen qualified fourth for last month's Monte Carlo F1 race, and was pressuring Valtteri Bottas for third when Red Bull called him into the pits to try to jump the Mercedes with an earlier pitstop.

The strategy backfired thanks to a slow stop, which meant Verstappen remained behind Bottas when the Mercedes driver stopped on the following lap.

Verstappen then lost a further place to Red Bull team-mate Daniel Ricciardo, who lapped quickly enough on used ultra-softs on a clear track to vault past both Bottas and Verstappen into third after eventually making his own pitstop.

Red Bull team boss Christian Horner defended the strategy and said Verstappen's fury at the way events unfolded was quelled when the team explained the situation to him after the race.

But speaking to reporters ahead of this weekend's Canadian Grand Prix, Verstappen revealed some residual disappointment, saying that he "didn't really talk about it too much" when asked whether he was satisfied with Red Bull's explanation. 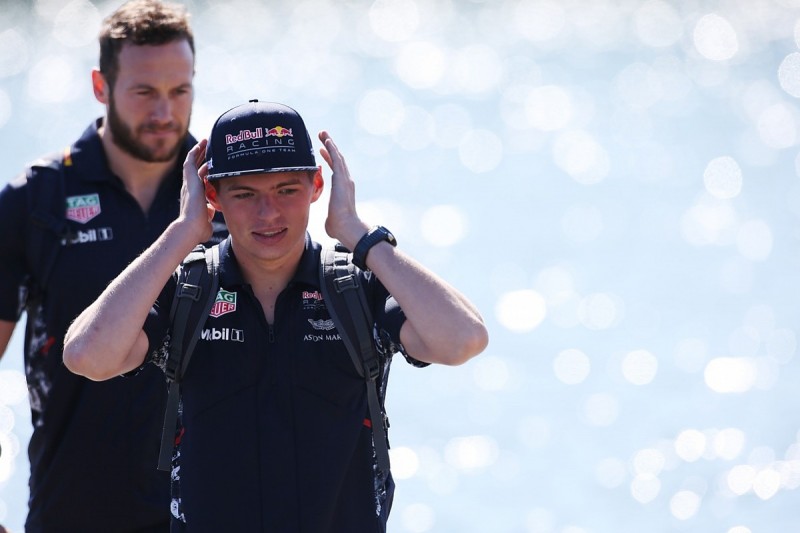 "Of course I'm still not happy about it, but to be honest you can't change the situation," Verstappen said.

"I didn't really think about racing too much after the Monaco Grand Prix - I did my things, I enjoyed time with my friends and family, and here we are again; [we'll] try to do a better job."

Verstappen said it was not clear from inside the car which strategy was the better option and said he was "just following instructions" from the team.

When asked whether he knew during the race that staying out would have been the better move, Verstappen replied: "For me it's very difficult to see that because I don't know what's happening behind me - I don't know who's stopping.

"I'm just following the instructions, but to be honest, I said to myself I don't want to think about it anymore, it's done now."