Red Bull is now at least a match for Ferrari in Formula 1 even though it fell behind again in Azerbaijan Grand Prix qualifying, according to Max Verstappen

After setting the pace in Friday practice, Verstappen fell to fifth in Baku qualifying behind the two Mercedes and two Ferraris.

But he said running the engine on reduced power due to a rev-limiter problem, a lock-up and a subsequent problem with gear-synchronisation all led to him qualifying further back than the car was actually capable of.

"We should be ahead without all of those things that happened in qualifying," said Verstappen.

"Of course when you look to Mercedes, still we need to improve, but we know that they have this [Q3] power mode they can use twice maybe, so we still have to work.

"When you look at sector two, where you have most of the corners, we were very competitive so I can be happy with that."

Being so close to Ferrari on a power circuit, where Red Bull had been expecting to be on the back foot, has left Verstappen hugely encouraged.

"We are again up close to Ferrari, or even [potentially] in front - so that is good," he said.

"We expected difficulties on this track, so we can be happy with the performance of the car."

"Yesterday we showed in practice that both of us were pretty comfortable with the car and pretty happy with it.

"I probably don't want to look at what Mercedes did in qualifying but relative to Ferrari, I guess it seems like we've closed the gap.

"And we thought this sort of circuit would be a strong one for them: all these low-speed corners and that low-grip asphalt, which they seem to be pretty strong on at the moment." 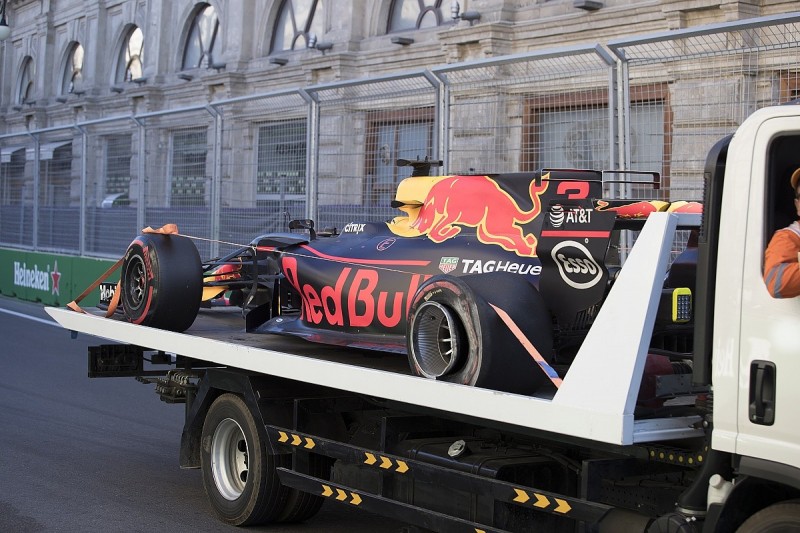 Ricciardo ended up only 10th on the grid having crashed in Q3.

"The consequence of trying to get a bit more out of it in Q3," he said.

"I felt like the track temperature's coming down and the track's getting better so there is margin, particularly in Q3, to improve.

"I was chasing just a little bit too much. A bit frustrated of course, but not really anything to blame, other than trying.

"It looked pretty close obviously around Seb [Vettel] and Max, and I think Kimi [Raikkonen] was a couple of tenths up the road so I'm sure I would've been in that group but I don't want to say I could've been third because I wasn't.

"But I'm sure it would've been in that battle."