Max Verstappen has made Daniel Ricciardo raise his level in F1

Ricciardo got the better of four-time world champion Sebastian Vettel after stepping up to Red Bull from Toro Rosso in 2014, and he feels he evolved his driving further as the team struggled with a difficult car for most of last season.

Having generally out-performed his recent Red Bull team-mates, Ricciardo felt he was operating at capacity.

But he says Verstappen's promotion in place of Daniil Kvyat for May's Spanish Grand Prix has pushed him to even greater heights as a driver.

"That was another step up in my career with my driving," Ricciardo said.

"I always felt I was at the limit, and I always compared quite well to Dani, in testing through to Russia.

"That probably sparked the driver change - Max came on board, I thought I was already driving at my limit, but there was something a little bit more, and I feel we've both given each other that.

"I knew how hyped Max was, but I'd never seen his data and didn't really know what he was bringing to the table.

"But I knew he wasn't afraid to give it a go, and I saw already from first practice in Barcelona he was on the limit of the car.

"Max has lifted his game even more, and I have, so it's cool to know we've got a little bit more in the tank.

"Without knowing we had it we have found a bit more." 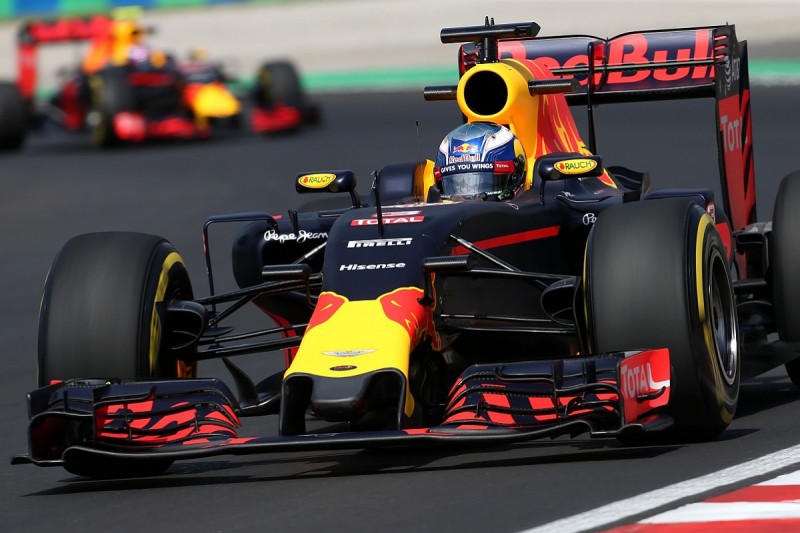 Ricciardo has out-qualified Verstappen nine times in the 11 races they've completed as team-mates, and out-scored the Dutch teenager 143 points to 116 in that time.

He recognises the value of comparing favourably against one of F1's most exciting new talents, even though his personal results have tailed off since he won three grands prix for Red Bull in 2014.

"When I had Seb [as a team-mate], I knew if I could get the best of Seb - the four time champ - it was only going to do well for my career," Ricciardo added.

"And If I can go well against Max, the new kid on the block, there are things that if I can get on top of them they're only going to help me out.

"I know if he came into the team and kicked my arse 10 races in a row then my career very quickly goes [in a downward direction].

"The good thing is I feel it's been recognised - I definitely feel the outside has seen the level I've been driving at, so I'm pretty happy.

"I'd like to get a win, but I definitely feel I've delivered every time this year.

"I'm happy with that, and it hasn't gone unnoticed, so I'm comfortable."