Rivals have been unhappy with the way Verstappen sometimes moves under braking, with the last instance coming at the previous race in Japan when he was defending against Lewis Hamilton.

The matter was discussed at length in Friday's drivers' briefing ahead of the US Grand Prix, with the FIA issuing a clamp down on "potentially dangerous" defensive moves.

When asked how it feels sitting in a meeting having so many drivers complaining or picking on him, Verstappen replied: "It's funny. I just listen to it.

"In the end, everyone can have their own opinion.

"I did say some things, but it doesn't really make a lot of difference does it?

"I speak for myself, for what I think is right. That's what I did.

"If so many people are complaining, it's not a surprise [the FIA has taken action]"

He also said he agreed with clarifying the situation, but he believes the ruling now gives the attacker the advantage in the heat of battle.

"It is good to make it more clear to everyone what is allowed and what is not so let's see how it is going to turn out," he said. 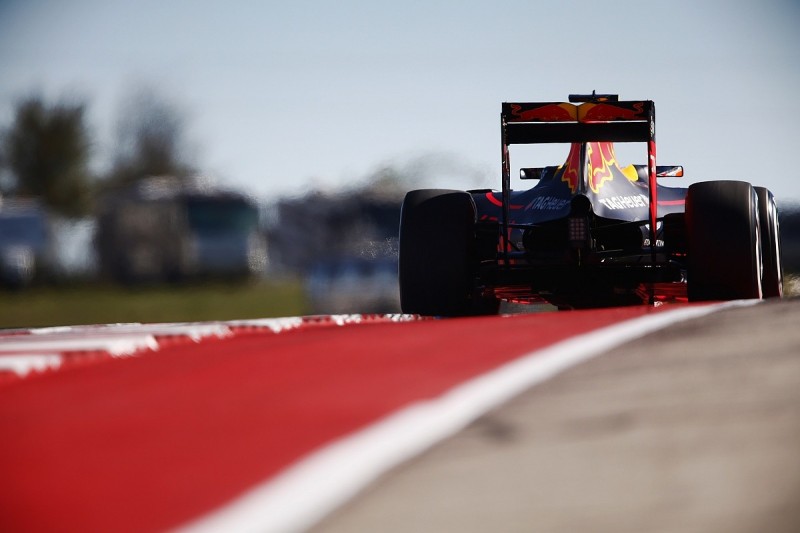 "If that's the right approach, I don't know.

"Probably it will lead to more passes but if it is positive passing, I don't know.

"That's what we have to ask the fans at one point."

Sebastian Vettel believes it is a good idea to have a clear definition of what is allowed in the braking zone.

"The day I joined F1, it was clear and it was an unwritten law," Vettel said.

"In recent times, we've had situations and got away with it.

"Then the message is everyone is starting to do it which is the wrong thing because in the end, and we spoke about it yesterday, we're just waiting for something to happen.

"Therefore, it's a good action to look into these things."

Kimi Raikkonen, who has encountered Verstappen's moving under braking, said it is "never going to be black and white" what a driver is allowed to do as "every situation is different".

He added: "If there are no rules, we would start doing a lot of things.

"So we have to have some guidelines where we can go and it sounds a bit stupid sometimes but it is beneficial for everybody."

Red Bull boss Christian Horner said: "The most important thing is to have clarity.

"You can over-regulate, which is a problem.

"Certain things they need to sort out on track, and have a sensible referee for the whole season. That's what I would do."

Verstappen not only F1 driver criticised for moving under braking