Verstappen locked up and ran into the side of Ricciardo's car into the tight Turn 2 left-hander on the opening lap.

That caused damage that led to Ricciardo spinning and retiring, while Verstappen was given a 10-second penalty by the stewards and finished fifth.

"It was of course not what you want," Verstappen told TV crews after the race.

"Everything started in Turn 1. The start was actually quite good but I got squeezed wide by Bottas and lost quite a lot of speed.

"We were both fighting for position in Turn 2 so we braked quite deep into the corner.

"I tried to keep it to the inside but then I just got locking, locking, and then I unfortunately touched Daniel on the weakest point of the car, in the side. 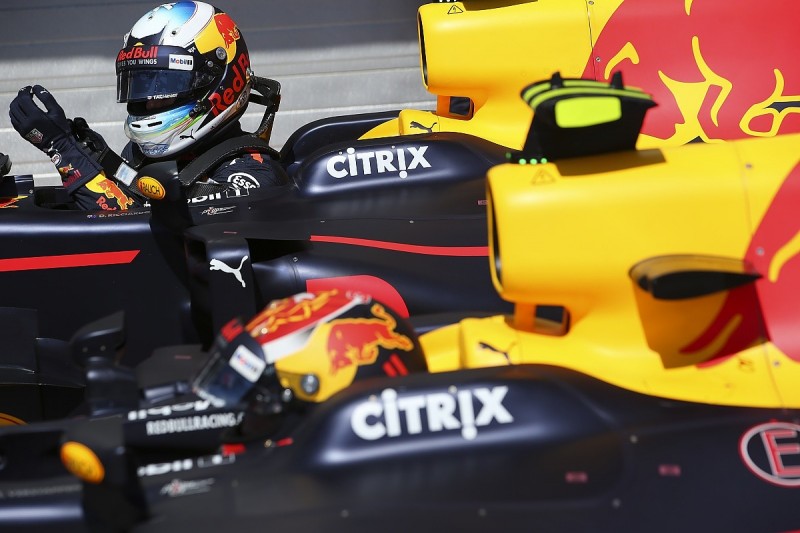 "Of course I was trying to avoid Daniel but unfortunately that was not possible."

Ricciardo described Verstappen's move as "amateur", and Verstappen said he would act quickly to stop it affecting their relationship.

"It is never my intention to hit anyone, but especially not your team-mate, and especially with the relationship I have with Daniel - it's always really good and we can always have a laugh," he said.

"This is not nice and I apologise to Daniel for that and also to the team because we could have scored some good points here.

"I'll speak with Daniel in private and we'll sort it out."