Max Chilton confident he will be on 2014 F1 grid

The 22-year-old Briton confirmed he is keen to stay at the team but never expected to have a deal finalised this early, meaning Bianchi's contract does not worry him.

"We're in talks and we've got investors and sponsorship things to get in place before we sign a deal," Chilton told AUTOSPORT.

"It takes a bit longer. I don't think we are behind schedule or that there is anything to worry about.

"They are keen to keep both of us, which is good for me as it's nice to be wanted back by a team.

"Jules's deal has come early for obvious reasons but I wouldn't say I'm late because at this time last year I hadn't even done the young driver test and was nowhere near signing.

"A couple of people have done deals early, but in general everyone is leaving it late."

Chilton believes that continuity will allow him to improve in 2014, citing the step he made in GP2 when he raced for Carlin for a second season in 2012.

So far this season, Chilton has made solid progress, particularly since the August break.

"I like continuity and learned what continuity can do at Carlin in GP2," he said.

"In the first year, we had times where we were quick but not everything was in place and we finished 20th, scoring 10 points.

"The next year, with exactly the same-ish car and everyone knowing everyone, I suddenly got pole positions, wins and finished fourth in the championship.

"It's amazing what continuity does. The car is going to be stronger next year with the Ferrari engine, so I'd like to continue here." 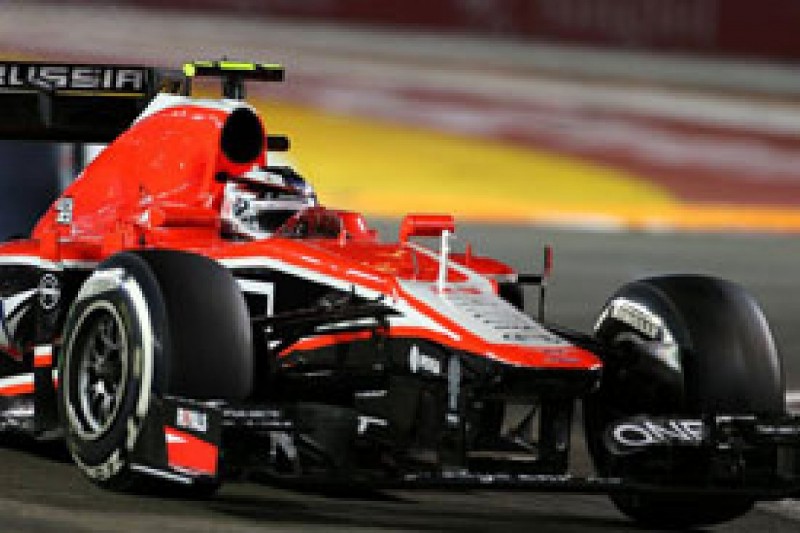 It was inevitable that the well-backed Chilton would be criticised when he stepped up to grand prix racing, but as a driver with a pair of GP2 feature race victories to his name in 2012, he was far from the kind of no-hoper pay driver some made him out to be.

The only fair thing to do is to judge Chilton on his own merits. While his season has not been as impressive as that of highly-rated team-mate Jules Bianchi, he has done a credible job.

For rookies, the races that follow the August break are crucial. Chilton has yet to outqualify Bianchi in a straight fight (he did beat him in Monaco, where Bianchi's car broke down as he emerged from the pits in Q1), but he was, fuel-corrected, faster than him at Monza.

Before the August break, the average deficit to Bianchi in qualifying was a massive 0.765 seconds. Even taking into account the Frenchman's slight advantage in F1 experience, that was too much. But Chilton's underlying pace was not that bad.

Since the break, he has shown well. The average qualifying gap has come down to 0.212s. If you eliminate the fuel blunder at Monza, which left him four-tenths down, it comes down to 0.150s.

Considering how deservedly well-regarded Bianchi is, that hardly paints a picture for Chilton of a driver out-of-his-depth in F1 as some would have you believe.