The 2008 F1 runner-up, who took 11 victories for Ferrari during an eight-year stint at Maranello, said he has been hugely impressed by the way that Leclerc has settled in at his long-time team.

Massa explained that particular elements of Leclerc's character had proved he would "not have to wait long" for a title - and could potentially beat the more experienced Verstappen to be the first of F1's new generation to win a championship.

"He's a very talented guy, but the thing that strikes me most is his head, and his ability to handle pressure," Massa told Autosport.

"I do not know whether he is faster or slower than Verstappen, but the seven pole positions in his first year of Ferrari say a lot.

"He made some mistakes, but I think we all have to consider his still limited experience in F1 and it was his first year in a top team.

"He is a future world champion, and I think we will not have to wait long. I do not exclude that he can achieve that goal even before Verstappen."

Leclerc spent just one season in F1 with Sauber before getting his Ferrari chance this year. Verstappen has three more years of F1 experience. 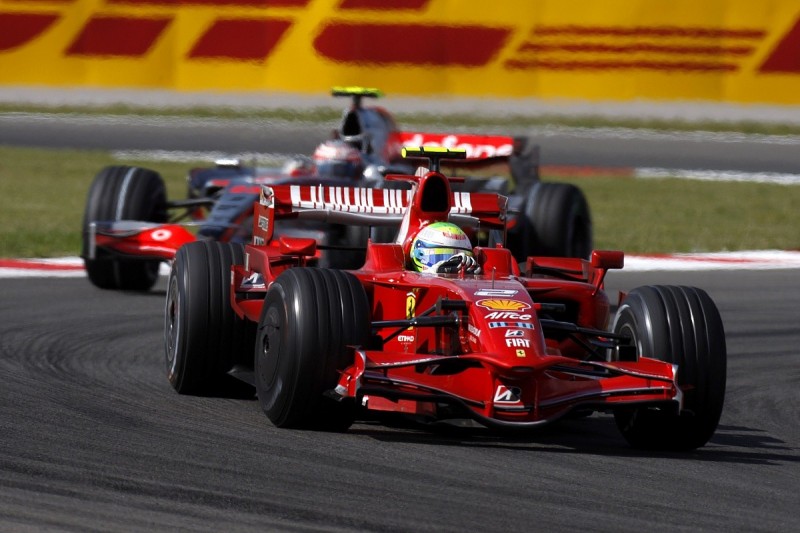 Massa, who now races in Formula E, said it is easy to underestimate the pressure that comes from racing for Ferrari, which is what has made Leclerc's campaign even more impressive.

Asked how hard it is adjusting to life at Ferrari, Massa - pictured above in 2008 - replied: "You have to be ready in many respects. You must learn to handle the pressure of the media, the fans, and the one that you put on yourself when you realise that you drive for Ferrari.

"It is not a simple thing, and Charles has handled this aspect perfectly.

"He's a good guy, and is more clever than he is given credit for."

Hamilton can improve in F1 as he's "working on a masterpiece"