Recent struggles that have derailed Ferrari's Formula 1 campaign stem from the team being unable to cope with the increasing pressure to win another title, reckons former driver Felipe Massa

The Italian outfit has pushed Mercedes hard for much of the 2018 campaign, but a spate of operational errors and individual ones from Sebastian Vettel have left it needing a miracle to get back in the hunt.

Lewis Hamilton will be crowned champion in Austin on Sunday if he wins the race and Vettel is no higher than third.

Massa, who drove for Ferrari from 2006-13 and nearly won the championship in '08, said expectation on the team to end its F1 title drought has increased stress levels at the team.

"We won the championship in 2007, and then after '08, Ferrari started to have some issues - they never won again," said Massa, speaking exclusively to Autosport.

"Maybe when I left Ferrari in 2013 the feeling is similar to what they have now.

"I think this year - although I am not saying they have lost the championship yet - maybe they lost the battle at the end because of some mistakes, and maybe because they are feeling the pressure in a higher way compared to Mercedes, which has a lot less pressure.

"Mercedes won the last four years. It makes it much easier to work with a title in your hands, compared to working where you need to win, and the chance to make mistakes is higher." 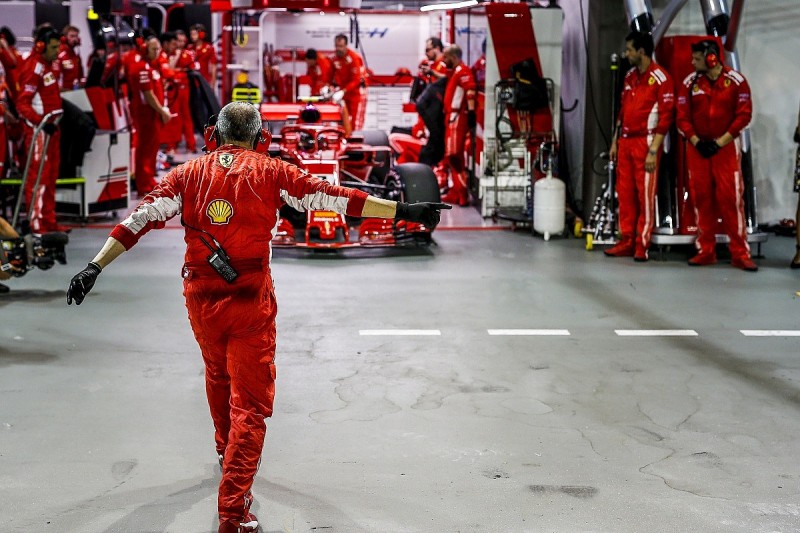 Massa said Ferrari's only hope of turning things around is through strong management that shields the team from external pressures.

"You need to find the way to work, to prepare things, in the most quiet, most focused way," he said.

"They are an amazing team, and I have to say, the car they managed to do is pretty good.

"They are doing a good job on that, but maybe some little things around are missing."

"There is no doubt the shock of the sudden death of its leader, Sergio Marchionne, who had been such a strong reference in the team, will have a major impact, and that is totally understandable," he said.

"Having experienced many crises myself during my time with Ferrari, what I know is that this is the time to come together, stay united and look ahead, without resorting to recrimination and playing the blame game.

"Drivers, engineers and management all win and lose together, which is an unwritten rule in every sport, not just Formula 1. Everyone at Maranello knows that.

"Now is the time to try and turn things around and finish in style a season that has many positives."