The FIA sporting regulations have been substantially amended to incorporate the intricacies of the new sprint format, which will be used at Silverstone, Monza and one other yet-to-be named venue in 2021.

The FIA, F1 and the teams have all been involved in refining the rules through a series of meetings in recent months. While the basic format was established at an early stage, details such as parc ferme restrictions and when penalties are applied took some time to finalise.

However following a meeting with the teams in Austria last week, the definitive version was sent to the World Motor Sport Council, and it should receive approval today [Thursday].

Despite the huge effort that went into spotting any loopholes and anomalies, Masi conceded that changes could yet be required.

“Absolutely,” he said when asked by Autosport if the FIA is willing to amend sprint rules if deemed necessary. “I think we've been very fortunate in the way that it's been an absolutely collaborative approach since the start of the year. 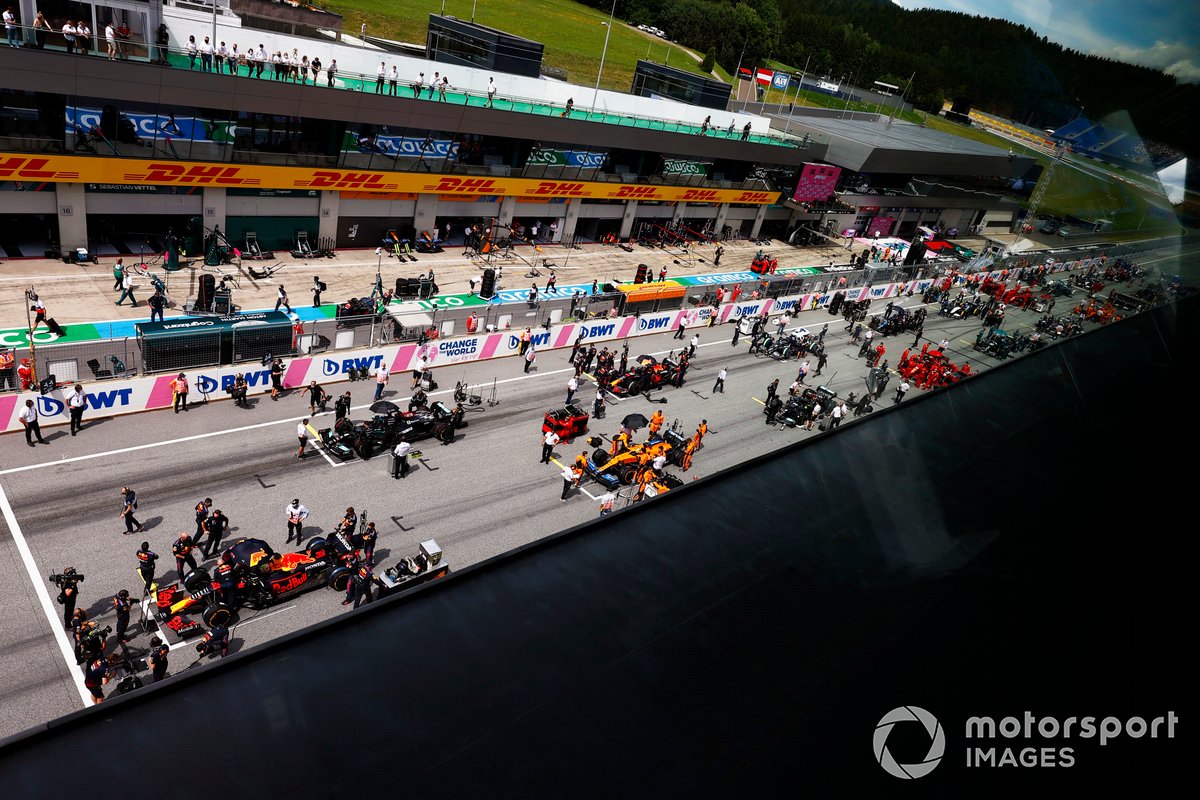 Final preparations are made on the grid prior to the start

“So we've had numerous meetings, involving all the team sporting directors, ourselves at the FIA, and obviously F1 in developing refining, leaving things for a week, letting everyone have another re-read and finding little bits and pieces.

“And everyone to be fair has a completely open mind that there may be things crop up that no one has thought of, from any of us, but also an open mind that after the first event, let's happily review internally and see what did work, what didn't work, other areas that need to be refined.

“Quite honestly, with everyone involved, it is something new for all of us, particularly in an F1 capacity.

"The regulations traditionally have been structured in a very specific format and way around a grand prix taking place without sprint qualifying happening.

“So everyone's quite open and has said even as late as this morning [last Sunday] that we all just need to work together and see what pops up, anything that we haven't considered, as much as everyone has read them inside out today.”