Formula 1 race director Michael Masi says there will be no leeway on impeding in qualifying for this weekend's Sakhir Grand Prix, despite the short track making congestion inevitable

The 3.5kms circuit is expected to have lap times as low as 53 seconds, with drivers potentially able to run multiple laps on their tyres in qualifying.

With 20 cars on track, Q1 is expected to be particularly fraught as drivers try to find a clear lap, but Masi says that normal impeding rules will be applied.

"I think during practice we take a generally liberal view, a more liberal view, because it is practice," said Masi, when asked about potential impeding on the outer loop circuit by Autosport.

"But during qualifying, it will be the standard elements of any unnecessary impeding that takes place will be investigated and reviewed on its merits.

"So I don't think that having a short lap negates the need not to unnecessarily impede someone."

Masi doesn't anticipate any special hurdles in terms of running the race weekend, despite the short lap time.

"It's certainly going to be hectic, let's put it that way," he said. "We're looking at one of the longest grands prix in terms of the number of laps that we've seen for a long time, obviously. 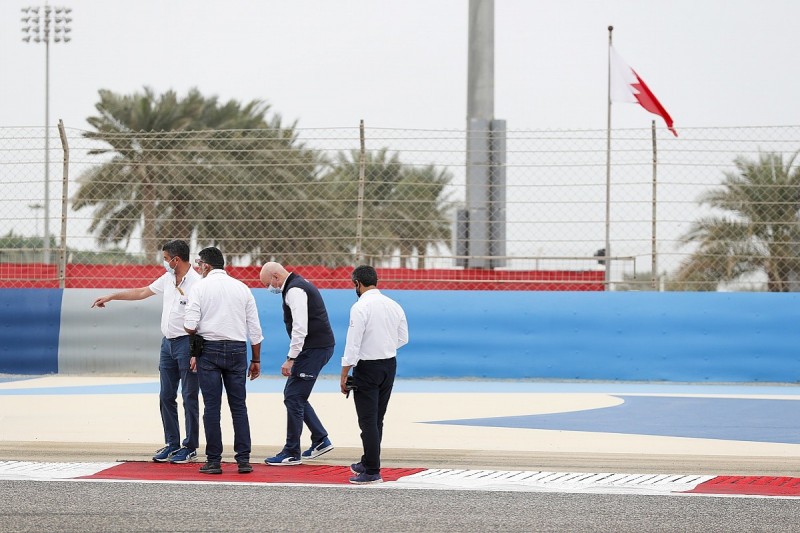 "But also a good challenge to manage, something different. And having spoken to a number of the teams they're looking at it exactly the same way, something completely different."

Masi also downplayed concerns expressed by some drivers about "aggressive" kerbs in the chicane that forms part of the section that by-passes the standard track.

"There are kerbs there and yes, they're aggressive kerbs, but no different to a lot of the circuits," he said.

"But there is also the race track in-between, which is, what the target is, to stay on the track.

"And going back the drivers have always asked for different types of kerbs, and more aggressive types of kerbs in different areas. So it discourages them to run off-track."

Masi confirmed that the linking section will also feature some track limits monitoring this weekend: "It will actually be more shortcuts that we're looking to monitor than track limits because of the nature of it.

"So running behind apex kerbs, rather than wide. But again, we'll see how we go Friday practice, and see what we need to do. It's a completely new circumstance for everyone."