FIA race director Michael Masi has told Formula 1 drivers that there will be a stricter approach to first lap incidents this year, Autosport can reveal.

There will be also less tolerance for moving in the braking area at any stage of a grand prix, or late moves in response to the car behind.

In recent years, the FIA has followed a “let them race” philosophy, and has usually made allowances for contact on the first lap, with instances being judged as racing incidents.

However, in the light of an ongoing discussion last season, there is now a greater likelihood that penalties will result, with Romain Grosjean’s crash in Bahrain also putting a greater focus on the subject.

“Based on some feedback and the ongoing discussions that we have with the drivers, and team sporting directors and team principals, there was a feeling under the let them race principle we needed to sort of dial that back a little bit regard to the first lap incidents,” Masi told Autosport.

“They will still be treated, let's call it, in a different way to incidents on any other lap of the race. So we're still taking a more liberal approach than what we would otherwise.

“However, not as liberal as probably we did last year. And that came about, literally, with feedback from the drivers and the teams through last year, who felt that we needed to just go back a notch. They didn't want to go back completely to the same, but dial it back a little bit.”

Masi discussed the matter in Friday evening’s drivers’ briefing in Bahrain, where he played videos of several examples, including contact between Charles Leclerc and Lance Stroll in Russia that put the latter out of the race.

“It's case by case,” said Masi. “So there were a couple of examples that were shared from last year of things that would have more likely resulted in penalties."

“I did use the one from Russia. So that was a very good example of something that would likely have resulted in a penalty. Having spoken to a few of the drivers about it, even before the Friday meeting, and after it, there was no qualms. I think they're all very much on board with that.” 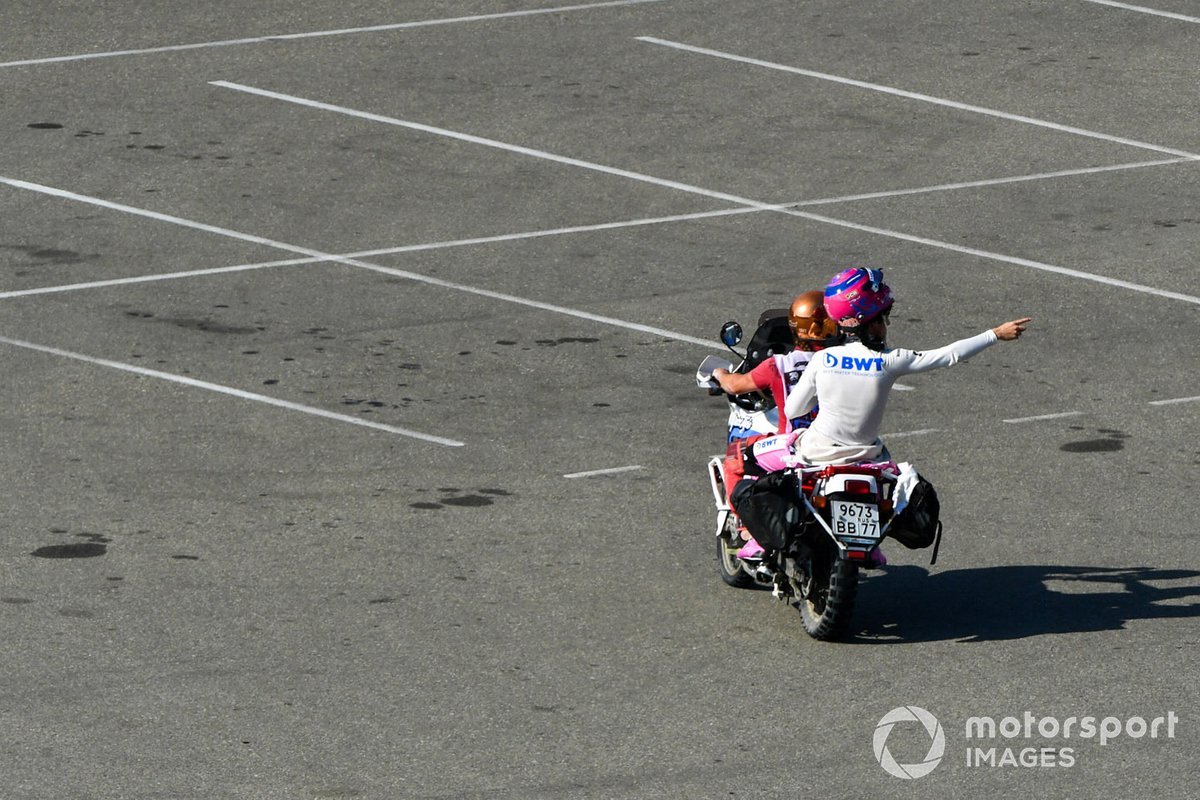 In essence, the stricter approach is likely to apply to incidents that happen further round the lap than the first corner, when the field has begun to spread out a little.

“The incident in Russia was one that we said would not be tolerated," said Masi. "Lance was the car turned around, Charles was the aggressor, let's say. So that was a prime example.

“If you're in a group of cars, obviously, it's far more difficult to apportion where something sits. But if there's two cars on their lonesome, and someone is wholly or predominantly to blame, it’s likely that it will be looked at a bit closer and not as liberally as it has.

“Don't get me wrong. There's still, like with every incident, always an element of grey, you can't go black and white with any of them, because no two are the same.”

Masi also played videos of late moves in the braking area in order to demonstrate where the limits now are.

“With regards to movement under brakes, or late movement in reaction to the car behind, that's something the drivers themselves actually brought up a number of times through last year,” he said.

“They said this is something that we need to crack down on, more and more from a safety perspective. And we're continuing very much along that road, which they're all in favour of.

“So an example of that was Romain [Grosjean] and Daniel [Ricciardo] in Silverstone, which at the time was a reprimand. Sergio [Perez] and Pierre [Gasly] in Portugal was another one.

“So it's that late movement in reaction, which they all said needs to be absolutely cracked down on, and under brakes. That's something that we said we're going to take a much stricter view on.

“As I said to them, there's some of those things you can't clearly define in black and white, so to speak. But to be fair, all of them have said we know what we're talking about and we know when we're doing right or wrong.”