The breakthrough result has lifted the Banbury-based team to ninth place in the constructors' championship, putting it ahead of Sauber and Caterham.

And the team has long been aware that it only needs to finish 10th this year to elevate itself into the elite prize money status which could provide it with a massive financial boost.

F1's prize money structure is based on a complicated system that rewards long-term competitiveness rather than results over a single season.

Any team that finishes in the top ten during a single year earns what is known as a 'Column 2' payment - which is shared equally and worth around $10million. This is what Marussia earned for finishing 10th last year.

However, if a team finishes in the top ten for two years out of three, it then also receives what is known as a 'Column 1' payment based on its finishing position in the constructors' championship.

Tenth place is worth around $30million extra - and should Marussia hold on to ninth, then its earnings could jump to a massive $50million due to a $40 million Column 1 payment and $10million for Column 2.

But although the team has put itself in a good position for that top ten finish at the end of the campaign, it is taking nothing for granted.

In 2012, it held tenth place from rivals Caterham heading to the final race of the season but lost out during a chaotic race in Brazil.

Sporting director Graeme Lowdon told AUTOSPORT that the result in Monaco was hugely welcome, but did not mean that the team could yet relax.

"At the end of the day what counts is the position when the flag drops at the final race," he said.

"We know from Brazil 2012 that everything can change in the last lap. 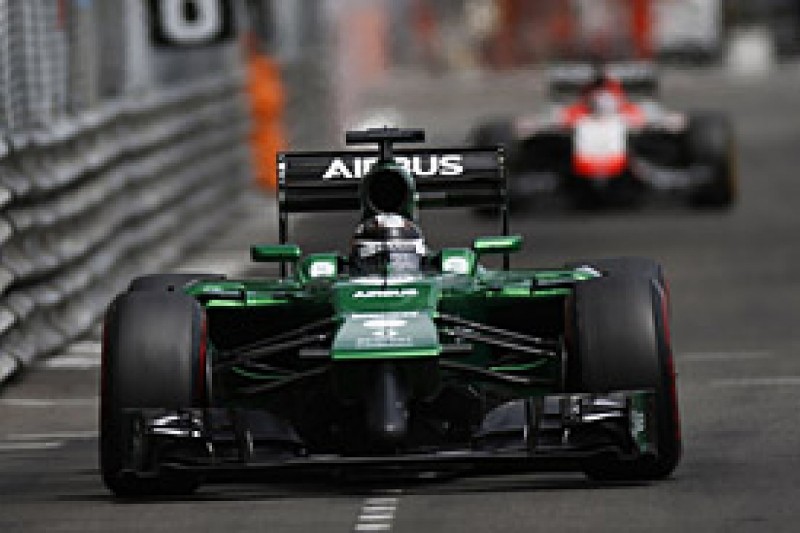 "We take nothing for granted from that point of view - but it certainly helps. We are just very happy because it is progress. That is the key thing."

While the Monaco result could mean a huge boost for Marussia at the end of the season, it could signal bad news for Caterham.

The Leafield-based team could fall out of the Column 1 teams if it does not finish the year in the top ten.

That would result in its earnings dropping from the $30million it received for last year to just $10million, which it would get as the Column 3 payment that it made to teams which do not qualify for Column 1 or Column 2 money.