Marko: Sainz on the backfoot for Ferrari a "disadvantage" for Red Bull

Leclerc has held an edge over Sainz throughout the first two race weekends of the year, with the Monegasque driver having found the right driving style and set-up for the new 2022 cars.

After a 2021 campaign where there was little to separate Leclerc and Sainz, Red Bull had been counting on the two drivers taking points away from each other.

Speaking to Autosport's sister publication Formel1.de, Marko said the early performance of Sainz was not the best of news for Red Bull.

“I was pleasantly surprised last year that he [Sainz] was on the same level as Leclerc, and I was actually hoping that it would be the same this year,” said Marko.

“And that is a disadvantage for us because we believed that the two [Ferrari drivers] would take points away from each other. That is not the case at the moment.

“But Sainz is an intelligent, fast man. I assume he will sort things out accordingly and then hopefully get a boost.” 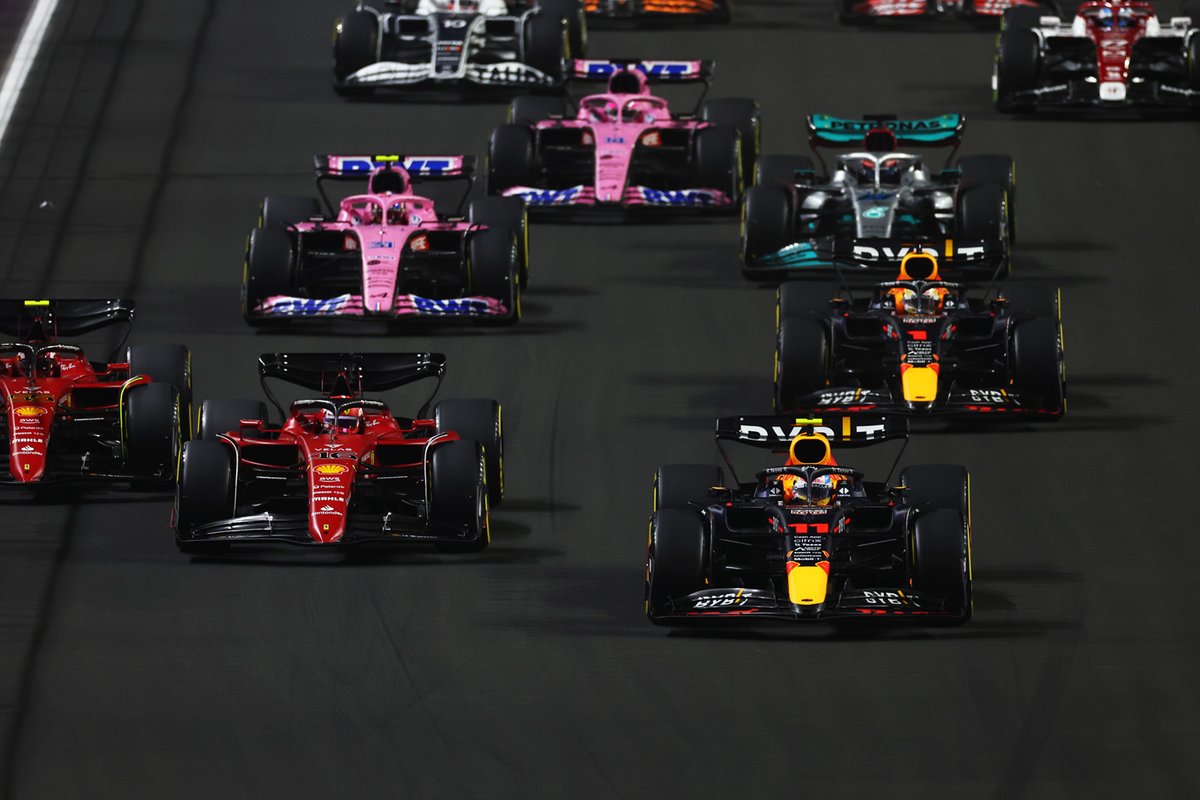 While Red Bull could counter Leclerc’s advantage by throwing all its efforts behind Max Verstappen, Marko says that at the moment the team is giving both its drivers the opportunity to go for wins.

Reflecting on the Saudi Arabian Grand Prix, where Sergio Perez took his maiden F1 pole, Marko said that both its drivers were still currently free to race for wins.

“That was made clear before the [Saudi] race, that at such an early stage, when both still had zero points, there would be no team orders whatsoever,” he said.

“There was this theory that Ferrari forced us to make an early pitstop, but that wasn't the case – it was just the tyre wear on Perez was significantly higher than on Max.

“Perhaps that was also due to the initial pace, because he was up to three seconds ahead at times and we had to bring him in earlier.

“Also on the hard tyre, Max's speed was significantly higher than Perez's, so I think that would have taken care of itself.”

Marko believes, however, that Perez is much more comfortable with the new generation of cars than he was with last year’s design.

Asked if he felt Perez was closer because of the new cars, Marko said: “If you look at teams, it's different. Some drivers have gotten closer, with Ferrari it's the opposite.

“I think with Perez, there are two factors. First the car suits him more, so he feels more comfortable. And secondly, the team knows him better. His race engineer has also grown with the task, so there's more self-confidence, more know-how. And in general we are very happy that this development has taken place.”