Max Verstappen’s slow outlaps that cost him the chance to get the undercut and lead in Bahrain were Red Bull’s mistake, according to Red Bull Formula 1 advisor Helmut Marko.

Verstappen ran second through the opening stint of the race in Bahrain, dropping almost four seconds behind race leader Charles Leclerc before pitting at the end of lap 14.

Leclerc responded by pitting one lap later, but Verstappen had managed to close the gap, leading to a tight wheel-to-wheel battle between the two drivers for the next few laps.

Verstappen pitted earliest again at the second round of stops, but could not bridge the gap to Leclerc this time, prompting an angry outburst over the radio from the world champion.

“That is two times I have taken it easy on the outlap and not been in front,” Verstappen said. “I am never, ever doing that again.”

Marko told Autosport in the Bahrain paddock after the race that Red Bull underestimated the power of the undercut, therefore telling Verstappen to manage his pace.

“Max was actually told to hold back during his outlaps,” Marko said.

“If he had driven at a normal pace, he would have been in front of Leclerc. And when you're in front, it's a completely different story.

“But our tyre degradation was incredibly higher than Ferrari and the power of the Ferrari engine was very impressive as well. But still, if Max had been in front of Leclerc, maybe the story would have been different.”

Asked if the slow outlap was a mistake by Red Bull or Verstappen, Marko said: “It was all about the strategy from us. So it was our mistake, not Max’s.”

Verstappen would ultimately retire from the race with three laps to go after a fuel pump issue caused him to slow on-track before returning to the pits, marking a disappointing start to his F1 title defence. 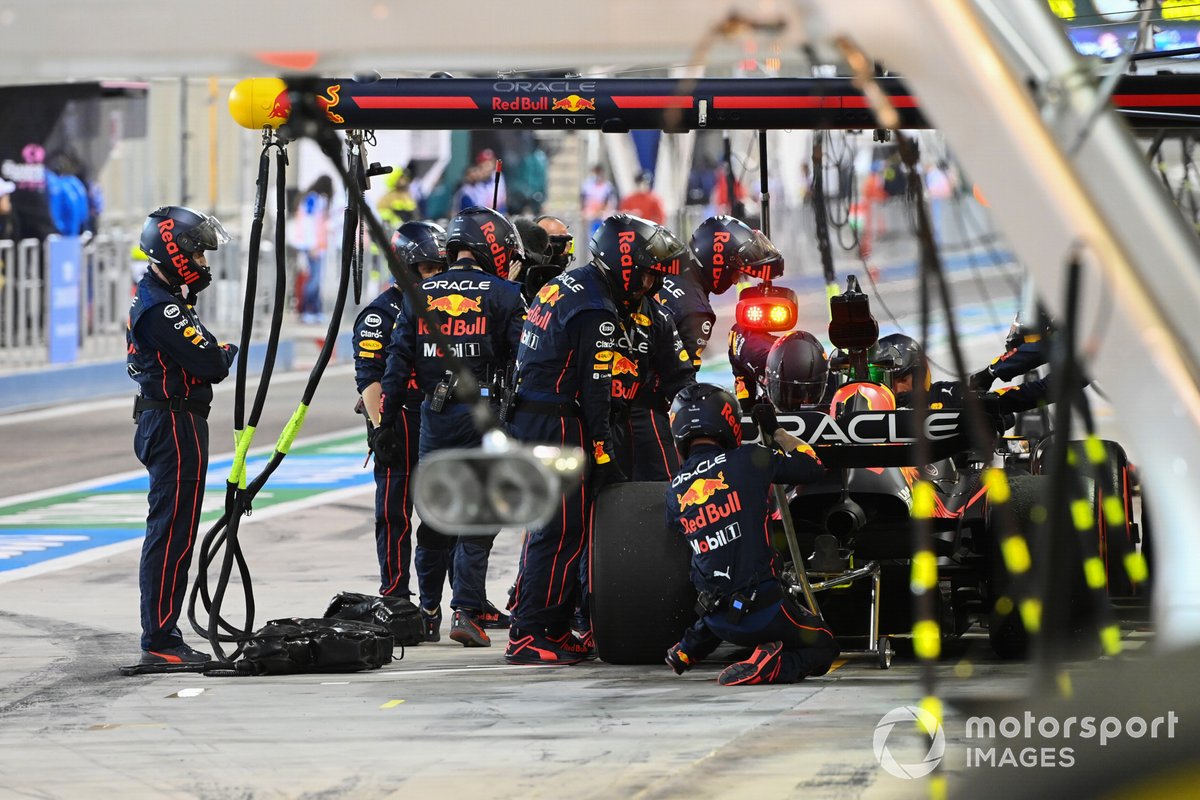 Max Verstappen retired two laps before the end with a fuel pump issue.

Red Bull team principal Christian Horner said that it was “always a balance” judging how hard to push early in a stint, but thought Ferrari would have had the pace to win anyway.

“The problem is it’s always a balance, whatever you take out of the tyre early in the stint, you lose later in the stint,” Horner said.

“I think we underestimated the undercut, but I think Ferrari had the pace today that had we got that track position, they would have made the overtake. We just didn't quite have that pace today.”

Verstappen was vocal over team radio throughout the race in Bahrain, complaining about the strategy before later reporting an issue with his steering that made the car feel like a “robot”.

“I don’t hold back, I say what I think in the car and I was not happy with what we were doing or with the balance of the car or with the strategy,” Verstappen said.

“It wasn’t necessarily directed to [engineer] GP [Gianpiero Lambiase], I have a really good relationship with him.

“But of course he’s the only one I can talk to. We have to analyse quite a few things.”