Smith's F1 career now spans 25 years after starting out with the fledgling Jordan outfit in 1990 before moving on to Benetton, Red Bull, Force India and then Caterham, parting company with the troubled outfit in May of last year.

Taken on by Sauber in mid-July, Smith recognises with next year's car already in the pipeline his overall effect on what will be the C35 will be "limited".

"It's definitely not too late to have some input into the overall architecture," Smith told AUTOSPORT.

"But certain things by mid-September will be frozen, like our chassis surfaces to commit them to pattern and mould manufacture.

"So I'll be focusing on trying to understand what people have done so far, why they have made certain decisions.

"These things are generally undertaken by a group of people, so it's unlikely I'll look at something and think 'that's wrong'.

"For now it's the opportunity to have some input into things that may affect the long-term development of the car."

As to his primary objectives over his first few weeks and months, Smith added: "It's for me to understand as rapidly as possible the car and its limitations.

"I also need to understand the systems and procedures the team works with at the moment.

"Then, with the key technical guys in the team, I need to come up with a plan, particularly because we are well into the design phase of next year's car." 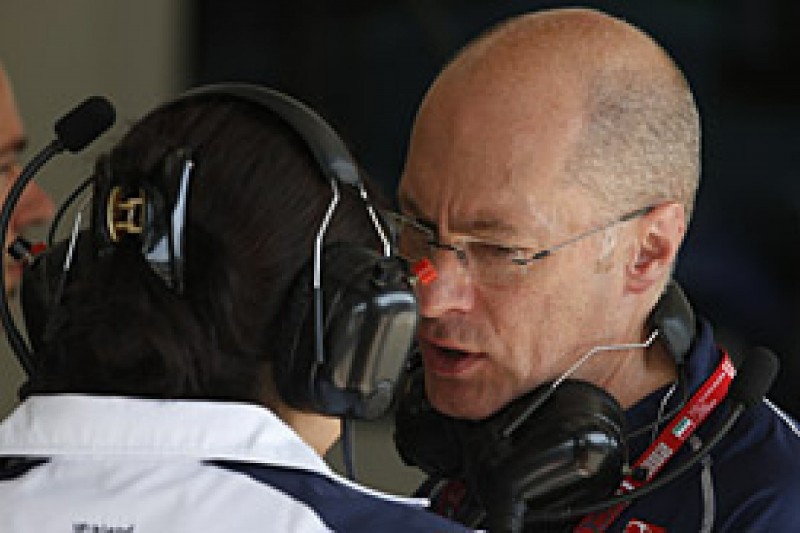 Smith believes 2017 represents a far greater opportunity for him to stamp his mark on the team and car, in particular if plans for a radical overhaul of F1 machinery come to fruition.

At present the brief is for the cars to be significantly faster per lap, to look more aggressive with wider front and rear wings, and for the rear tyres to increase in width from 375mm to 420mm.

Although the teams' technical chiefs have yet to be given a firm design brief yet by the FIA, Smith said: "I am looking forward to it, as all the guys will be.

"We just need to see where that ends up because I really don't know what form those rules are likely to take.

"But we have to make sure things work for the smaller teams as well, which for us means trying to close the field up a bit."