Racing icon Mario Andretti believes IndyCar star Colton Herta is “Formula 1 quality” and he’s “pushing like hell” to find an opportunity for the 21-year-old with a top F1 team.

Speaking exclusively to Autosport, 1978 F1 World Champion Andretti – whose family team ran Californian Herta to his fourth career IndyCar Series victory at St Petersburg on Sunday – says the news that a second grand prix in Miami will join Austin's United States GP on the 2022 F1 schedule is the perfect time for Herta to make the switch.

“I think America is probably the only country on the planet that can really properly host two Formula 1 races,” Andretti told Autosport.

“Quite honestly, I think F1’s fanbase in America is somewhat understated, but it needs to be perked up – and the only thing it’s really missing is an American driver.

“I’m pushing like hell for Colton. You’ve got to remember, Colton went to race in England when he was 15 years old, all by himself.

"That’s always been his objective [to get to F1] but he’s very quiet and unassuming, he’s not pushy, but I see a quality there – a Formula 1 quality.

“That’s from the word go – he’s a great qualifier, and that’s really important, from what I’ve seen the races he won at COTA and Laguna Seca, both races were won by raw speed.

"Not strategy, not fuel mileage, and he’s winning against the best IndyCar has to offer – Scott Dixon and Will Power – they were on him from the start, and he didn’t put a wheel wrong, all the pitstops were perfect. 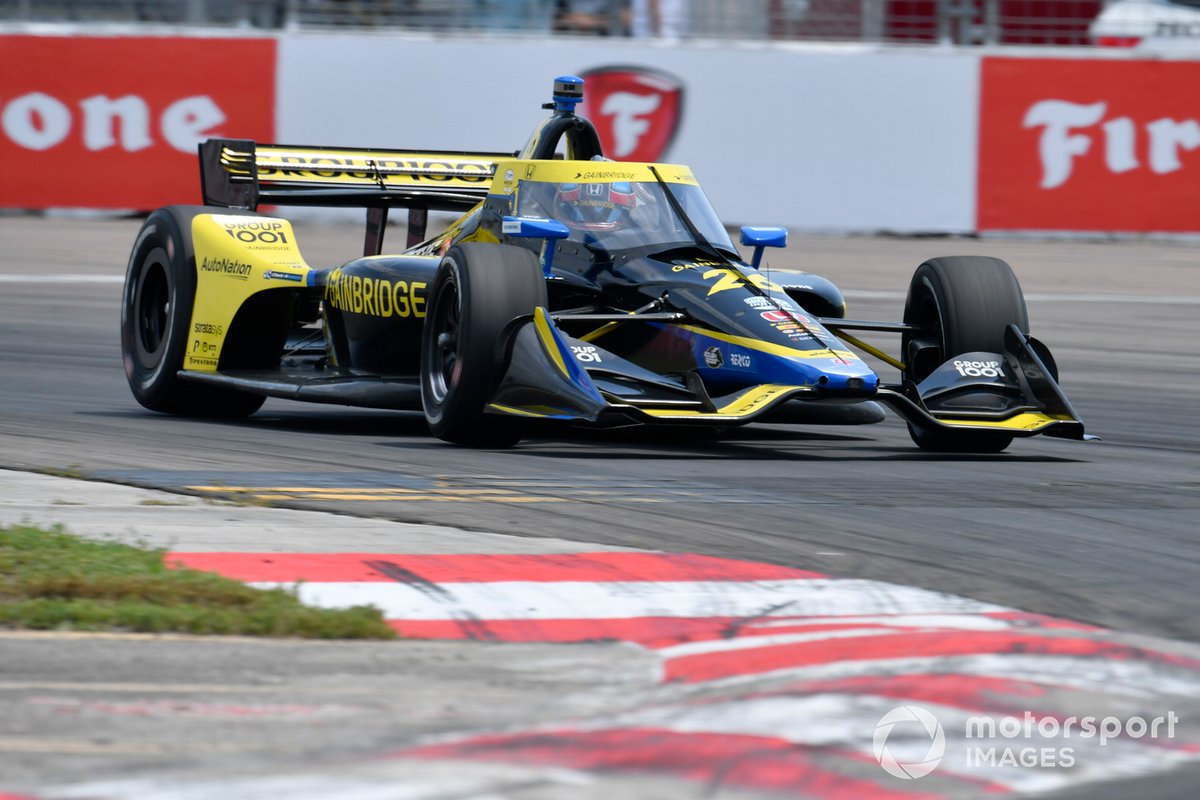 “I’m really a fan of Colton, I’m in his pit during the races, and he’s just very calm and collected. I love that. He adapts to everything, that’s a big key to everything.

"You hear people complaining – ‘it’s too slippery, it’s too windy’ – he just gets on with it, it’s the same for everybody, just find a freakin’ way to do it!

“And that’s what he does every time. I like that.”

Andretti thinks that placing America’s most exciting young open-wheel talent with a front-running team would mean the US would “go crazy for F1” – but questioned the current criteria for superlicence points system.

He also believes that Herta, who became the youngest-ever winner of an IndyCar race in 2019 at the age of 18, needs to make the move sooner rather than later.

“We’d need the American driver with a top team, not in the back with no chance,” Andretti added. “If you could get an American driver in F1, producing results, you’d have America going crazy for F1.

“Mercedes sells a lot of cars here, it’s a huge market, imagine what they could do with him? It would juice up the TV ratings too. But it has to happen within a year or so, or they’ll consider him to be too old.

“He’s 21, so it’s a great time, and I realise the lack of testing and licence restrictions. But, I mean, that Russian kid [Nikita Mazepin] gets a superlicence, and the guy who’s at the very top level over here can’t get one? There’s something wrong there!”