© 2021 Motorsport Network. All rights reserved.
TV Buy tickets Store
Previous / Ferrari 'won't give up' on attempts to lift F1's engine freeze Next / Why is F1 only six seconds ahead of GP2?
Formula 1 / News

Marcus Ericsson will not race for Caterham in the Formula 1 season finale in Abu Dhabi, even if the team's plans to contest the event are successful 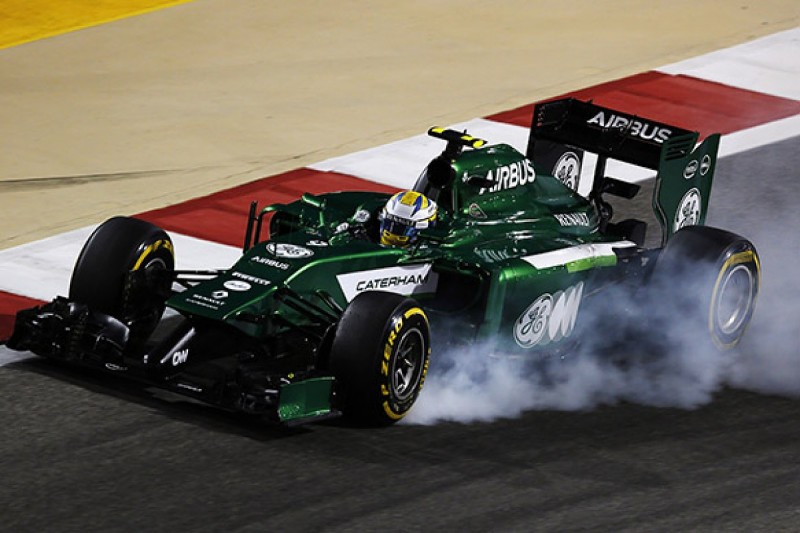 The Swede, who started 16 races for the squad before it missed the recent United States and Brazilian Grands Prix, has released a statement confirming he has severed all ties with Caterham.

This means that Caterham, which is attempting to find £2.35 million via crowdfunding to be able to race in Abu Dhabi and has raised 52 per cent of that amount so far, would need another driver to take Ericsson's place if it does return to the grid.

"Following recent events re Caterham Sports Limited and 1 MRT Sdn Bhd, my adviser Eje Elgh and I have decided to terminate, with immediate effect, all agreements connecting me to the Caterham F1 team," said Ericsson in the statement.

"This is a sad day as we have greatly enjoyed working with the team through a difficult and tough season."

Ericsson also paid tribute to the efforts of the team in running him during his rookie season.

"I wish to thank Colin Kolles, Manfredi Ravetto, Cyril Abiteboul and every other member of the Caterham F1 team for your trust and confidence in me, and for making my first Formula 1 season an educational and unforgettable experience," he said.

"In addition, I thank my good friend and teammate Kamui Kobayashi for being an inspiring benchmark throughout the year, and hope to see him back on the track soon."

Ericsson will be on the grid in 2015, with his place at the Sauber team confirmed during the United States GP weekend.

Ferrari 'won't give up' on attempts to lift F1's engine freeze

Why is F1 only six seconds ahead of GP2?